Narodychi is a large village, documented since the 15th century. Narodychi district ranks third in the level of radioactive contamination, after Chernobyl and Polissia. The level of gamma radiation here after the Chernobyl accident reached 10 milliroentgen. Now the situation has improved significantly, but on the outskirts and in the nearby forests you can see up to 300 microroentgen on a radiometer. It was planned to gradually relocate the village along with Polissia residents. Only the latter were resettled – it turned out that the most accommodating governing administration was there. About half of Narodychi’s population left. 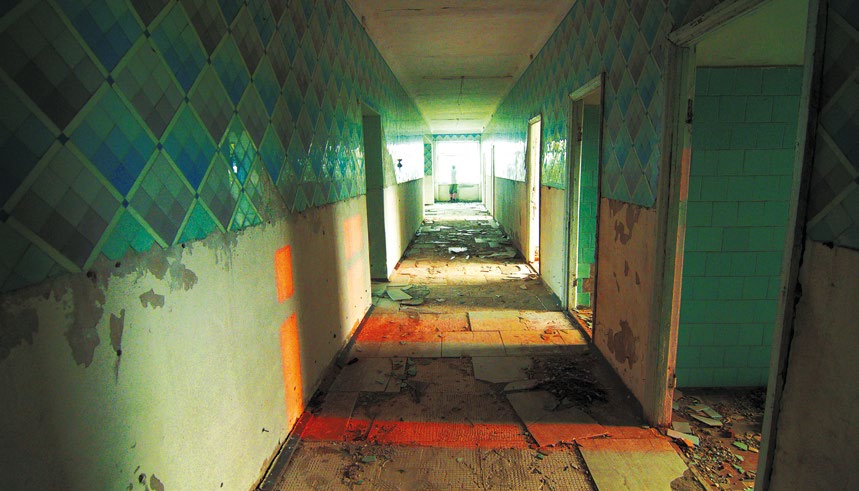 The history of Narodychi was first highlighted in the USSR by the semi-forbidden documentary film “Micro-background”. In the early 1990s, the district had a sad rating for the number of abortions. However, people have recently started to actively move here, many young people have appeared. According to the police, a few years ago it was possible to get housing here for free. About a hundred jobs were created by the Drevlyans Nature Reserve, which was recently created around the villages evacuated in 1986. Along the perimeter of the village were checkpoints and endless wire fencing. Officially, it is located in the Exclusion Zone, but it was long ago quietly reclassified to the third category — habitable. Close to Narodychi are the deserted villages Novo Sharno, Staro Sharno, and Khristinovka. The first to be evacuated in the Narodychi district, on May 27, 1986, was the village of Dolhiy Les, which is almost on the border with Belarus. Resettlement of the entire area took until 1990.