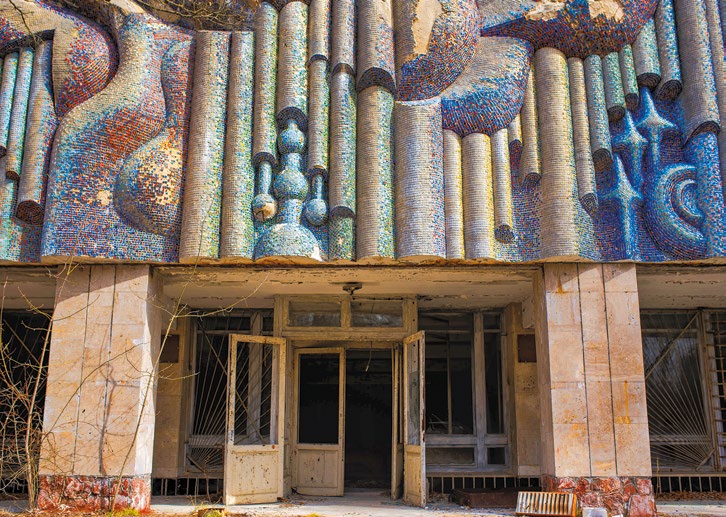 The Pripyat Music School on the Kurchatova street.

In the Soviet Union of the 1970s-1980s, teaching children music was fashionable and widely promoted. As early as 1972, it was officially announced that the country had “completely satisfied the demand for pianos.” Even today, in the Russian Federation, there are 28 piano factories, and the Leningradskaya plant alone produces 10,000 instruments per year. During Soviet times, virtually every family had its own piano, with red ones being common and ginger being especially valued. An obligatory part of the “full-fledged” aesthetic education of the child was considered study in two schools – general and music. The monthly payment for the last one was 23 rubles (about $28). 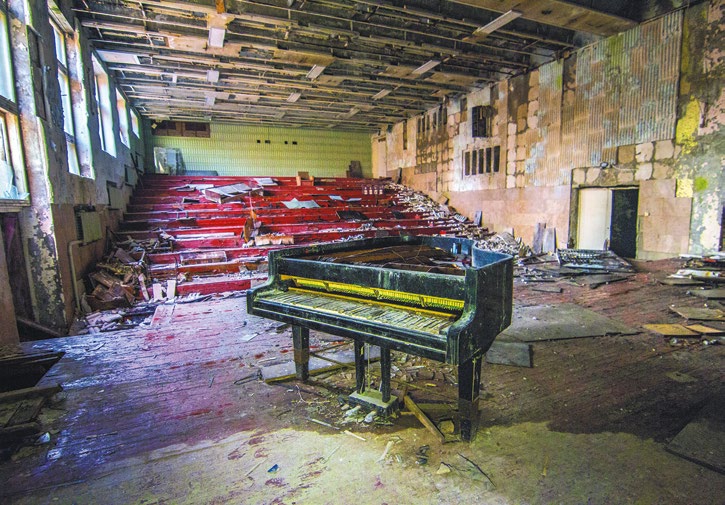 A home-style piano cost about 350 rubles — two average salaries. The Pripyat music school was built as a model: it had a large assembly and concert hall and a variety of instruments. The concert grand piano, which ordinary Soviet citizens could not afford, has survived to this day. This colossus simply would not fit in a standard Soviet apartment. The facade of the school was decorated with recognizable mosaic panels in gray-blue tones. The concert hall today is almost gutted. The floor is studded with yellowed notes and musical literature.