The Antonov An-225 Mriya (“Hope” in Ukrainian) is the plane with the largest take-off weight capacity in the world, more than 640 tons. It was designed on the basis of the existing An-124 transport aircraft (by the way, the An-124 is also a record-holder: the world’s largest cargo plane), and was manufactured at the Antonov Design Bureau (ADB) in a very short period, just three and a half years. Why the rush? In 1988, the first Soviet reusable Buran spacecraft (similar to the American Shuttles) was supposed to be launched, and they needed to deliver it from the factory to the launch site. But, despite the rush, the Mriya was late. The Buran flew into space on November 15, and the first Mriya flight was a month later (the Buran was delivered by a different special plane). After breathtaking demonstrations at air shows and setting many records, Mriya was partially dismantled and stood idle for an entire decade, until the early 2000s when it was reassembled and updated, and put into operation as a distinctive commercial transporter of bulky and super-heavy cargo.
Here’s what the Mriya is all about: the weight of an empty aircraft is 250 tons; its length, 84 meters (275 ft); height, 18.1 meters (59 ft); wingspan, 88.4 meters (290 ft); cruising speed, 850 km/h (528 mph); practical flight range, 15,400 km (9,580 mi), or 4,000 km (2,485 mi) with a 200-ton load; practical ceiling, 12,000 meters (7,456 mi); and a payload of up to 250 tons. It is easy to see its striking characteristics in photographs: three pairs of engines, seven pairs of wheels in the undercarriage, and a twin-stabilizer tail. Two tails are necessary to avoid the air stream caused by external cargo and attachment posts (Mriya can carry oversized cargo outside, on top of the fuselage).

Mriya can only be flown by Antonov Airlines pilots. 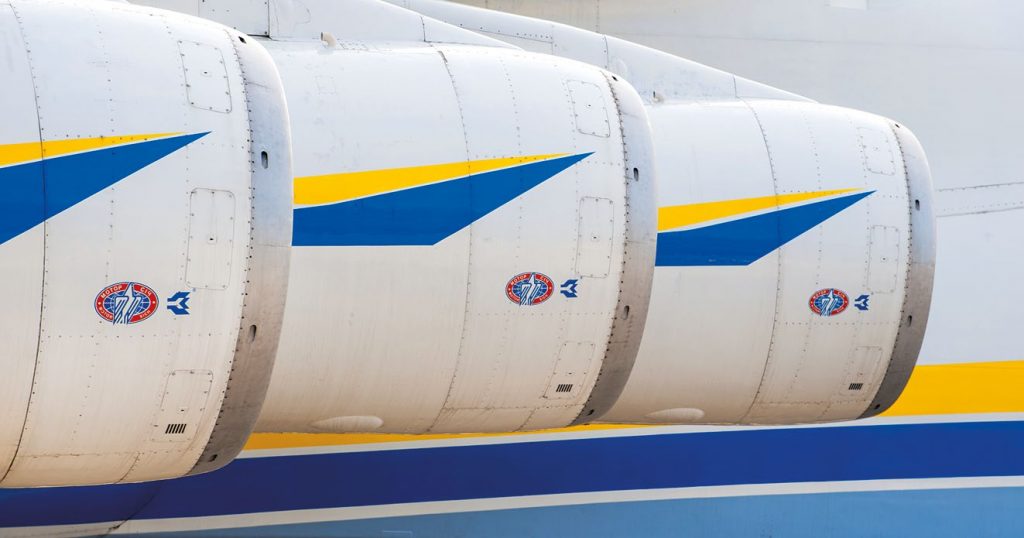 Today, Mriya operates flights for customers all over the world, transporting oil rigs, satellites, energy systems, airplanes parts, etc. But Mriya’s services are not cheap – hundreds of thousands of dollars. Mriya can only be flown by Antonov Airlines pilots (a subsidiary of the manufacturer itself). The crew consists of six highly-skilled specialists, but usually, just in case of an emergency, Mriya has two commanders, two co-pilots, two navigators, and two flight engineers on board. Antonov is the pride of Ukraine, because not every country can design and build such large aircraft. ADB started working under the leadership of chief engineer Oleg Antonov in 1946. Their first task was to develop a small agricultural plane, An-2.
By the way, An-2 made it into the Guinness Book of Records as the only aircraft in the world that has been produced for more than 60 years (since 1947). About 18,000 An-2s were produced.