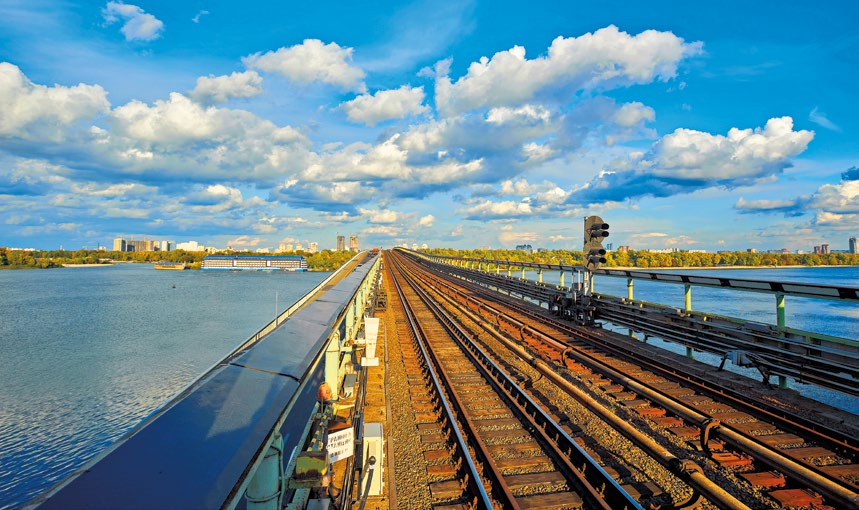 The ceremonial opening took Metro Bridge place on 5 November 1965. Chief project engineer Georgy Fux had proposed a new and bold solution. It was the world’s first bridge with a reinforced concrete arch-cantilever with dry joints. The bridge also performs another important function: it provides a traffic route to link the right bank of Kyiv with the Hydropark, Rusanivka, Voskresenka, Darnytsa, Livoberezhnyi and Lisovyi neighborhoods. The decision to build this bridge was taken right after the end of the Nazi occupation of Kyiv in 1943. However, lack of funds, meant this venture, as well as the construction of Kyiv metro network, was postponed for a long time. 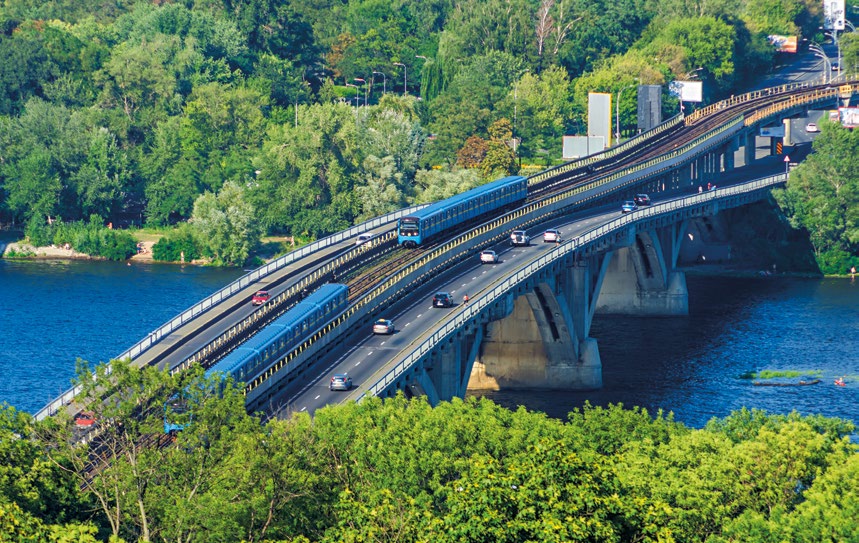 Bridges had been built in this area before. In 1853, Kyivans got their first permanent stone bridge – Nicolas Chain Bridge. It was destroyed in 1920 by the retreating Poles. In 1925, a new bridge that got the name of Evgen Bosch was built on its footings. But its fate was sealed when it was blown up by Red Army soldiers when retreating from Kyiv in 1941. Afterwards, it was decided the pillars were too badly damaged, and a new bridge was built a few meters from the old one. The highway continues on over the 392-meter long Rusanivskyi bridge.