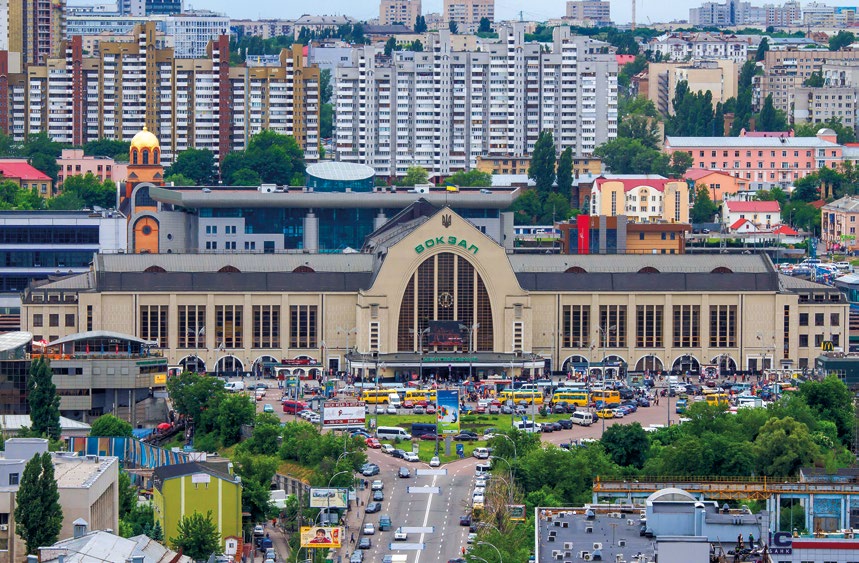 Back in 1925, the Soviet government made the decision to modernize Kyiv’s main station, and on 7 November 1927, the construction work began based on the plans developed by Professor of Architecture Alexander Verbitsky and architect Pavel Alyoshin. Both of these famous architects built a number of iconic Kyiv buildings before the revolution of 1917. Fortunately, they escaped Stalin’s repression and continued to work for many years after WWI. It is thanks to their talent that the Kyiv Railway Station looks so striking and unusual. The building was to be built in Ukrainian baroque style with elements of rational constructivism. The work lasted many years, and it was only in 1932 that the railway station opened for passengers. Its construction cost 13 million rubles. During their retreat from Kyiv in 1943, the Nazis tried to blow up this building, laying a powerful TNT charge in its basement. Though the facade crumpled, the strong internal structure survived, suffering minor damage from a small fire. In 1945-1949, the station building was restored under the supervision of architect Georgy Domashenko. In 1950-1960s, underground passages were built that connected all the platforms. Later a gallery above the tracks was added, roofs above the platforms for protection from rain and snow, and the main building refurbished.

Today, Kyiv central Railway Station is not only an historic, architectural monument, but also a up to date, modern station with all the facilities for efficiently servicing passengers and their meeters and greeters. Recently the Southern suburban terminal has become an integral part of the main Railway Station. The Kyiv railway junction is one of the largest in Europe.