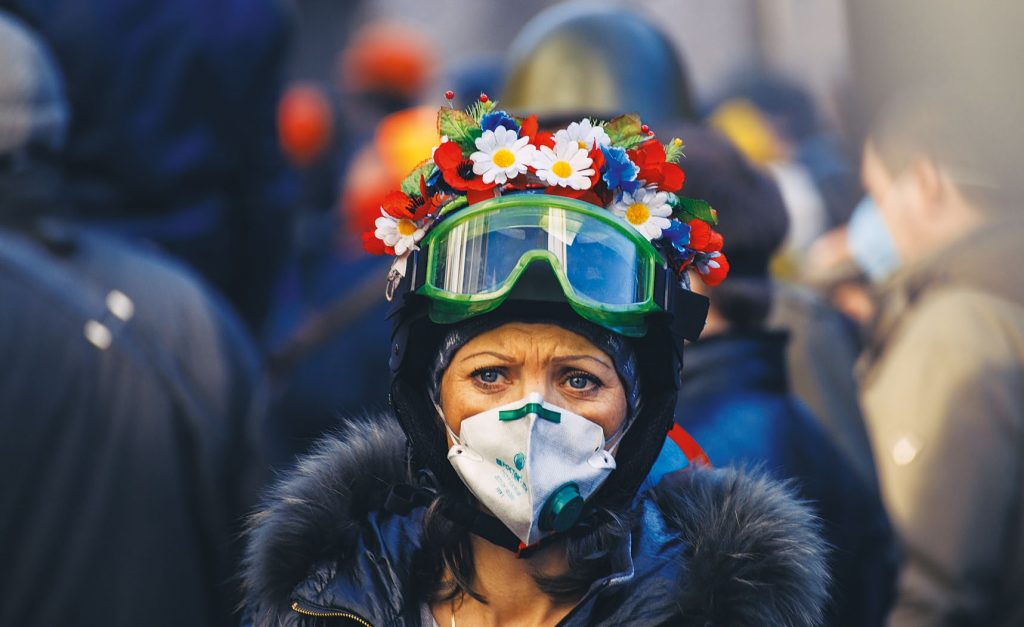 All Ukrainian schoolchildren are taught a poem by Pavlo Tychyna with the words “On the Maidan, there is a revolution near the church …”. Therefore, the first student protests in 1990, which went down in history as the Revolution on Granite, had the unofficial name of Maidan. Students set up tents right on the October Revolution Square, now Independence Square (in Ukrainian, Maidan Nezalezhnosti). In 2004, when mass protests began in connection with the fraudulent presidential election, tens of thousands of people came to the Maidan. On the most extreme days, up to half a million people gathered here. A permanent tent camp was established, field kitchens were set up, as well as a stage on which not only protesters and members of the opposition appeared, but also artists. Orange-colored symbols were widely used: ribbons, bows, clothing, and even oranges. This revolution, culminating in the protestor’s and revision of the vote results, is known as the Orange Revolution. 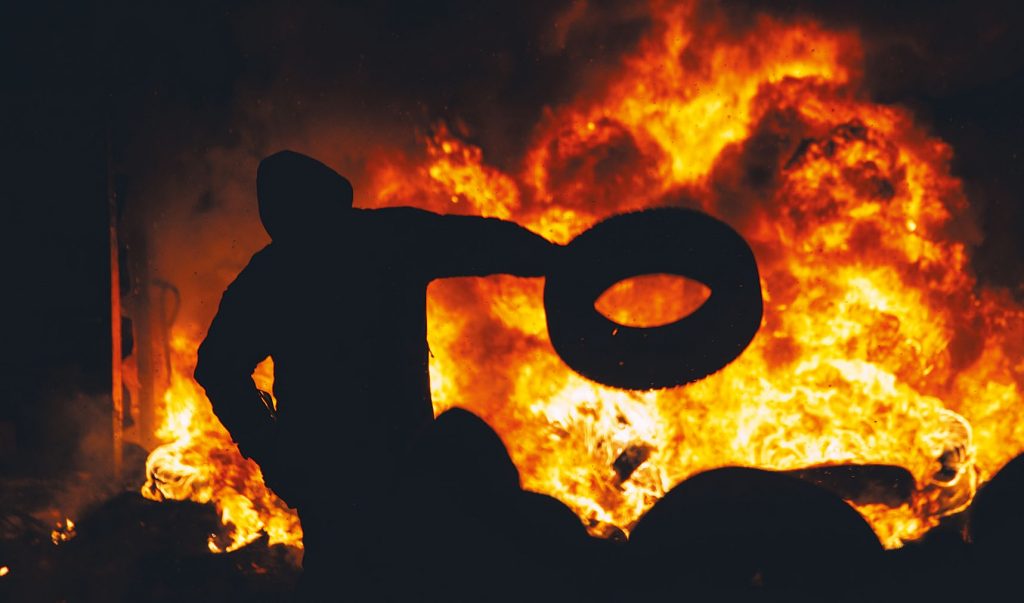 The 2013-2014 Revolution, which began with a student action due to Ukraine not signing an agreement with the European Union, was called EuroMaidan. In contrast to the non-violent actions of the authorities during the Orange Revolution, the 2013 events took a dramatic turn. Dispersal of the tent camp caused a mass protest in Kyiv, and then many other citizens came from all around Ukraine, which led to clashes with police and special forces soldiers. Protesters seized administrative buildings in the center of the capital, clashes escalated, and eventually dozens of people were killed, now known as the Heavenly Hundred. Then president Viktor Yanukovych fled the country and an early presidential election was held.