The hill acquired its evil reputation early in Kyiv’s history. Here, Grand Prince Vladimir personally dealt with the pagans unwanted by his new faith who persisted with their unholy rituals after the Baptism of Russia. Time passed and Lysa Hora came under the influence of Orthodox Christians. The monks of Pechersk monastery set up an apiary with bee hives here. In those times, thick and impenetrable forests surrounded the hill, and caves were dug into the hill sides. In 1240 Batu Khan overran Kyiv and buried the dead in a huge mass grave. Legend has it that witches from all over the world gathered here for their annual Sabbath, and that it was also a meeting place for sorcerers and healers, where they came to exchange news and discuss their mysterious secrets. In the 19th century, this land was seized by the military. In 1872, following the plan of General Eduard Totleben, they began to cut down the centuries old forest around the hill and dismantle the neighboring bourgeois estates. 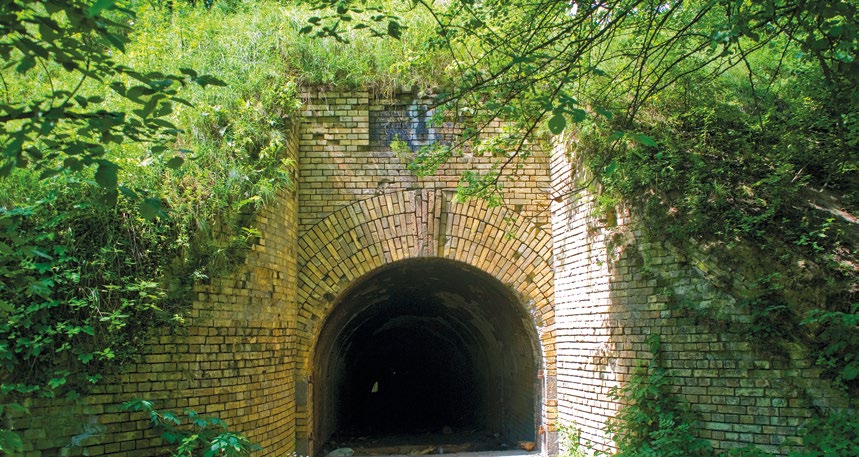 On the hill itself, Totleben’s men began the construction of the large Lysogorsky fort. In the late 19th century, a military prison was established here, and executed state criminals were buried nearby after being either shot or hung. The well-known terrorist Dmitry Bogrov, who mortally wounded the secretary of state Peter Stolypin in the Kyiv Opera House, was among them. His body was thrown into a pit that was first covered with planks, then burnt to the ground. Finally, a company of soldiers marched over his grave as a final insult. In 1930, a secret military factory was set up on Lysa Hora, and during Kyiv’s occupation in 1941-1943 the Germans used it for repairing their tanks and artillery. The occupiers were forced out by the Soviet missile units, and later, the radio tower with finders and devices for jamming enemy transmissions was erected. In 1982, this area was granted the status of monument of local importance, and it became a nature park. You can often meet here today’s followers of pagan rituals. And ordinary walkers just like you!