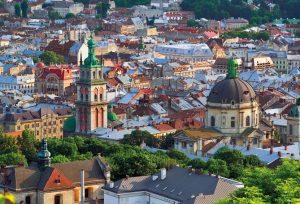 The interesting history of Lviv.

Lviv has many unofficial titles; people call it the capital of Western Ukraine and, more often, the cultural capital of the country. It has the largest number of historical monuments in Ukraine, and Lviv invariably appears in all tourist guides and guidebooks as one of the most attractive places to visit. 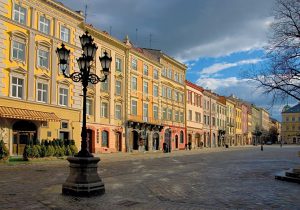 It was founded in the 13th century by Danylo of Galicia, prince and later king of Rus’, who, according to legend, named it after his son, Lev (Leo). After a couple of decades, the city became the capital of the Galicia– Volhynia principality. In subsequent centuries, its history was turbulent and diverse. It was part of the Kingdom of Poland and the Republic; for a long time, it remained under Austro-Hungarian rule; after World War I, it went to Poland, then to the USSR. All this left a special imprint on local architecture, culture, and city traditions.
At various times, many celebrities have lived and worked here, such as Ivan Franko, Leopold von Sacher-Masoch, Polish science fiction writer Stanislav Lem, first printer Ivan Fyodorov, and cardinal Lubomyr Husar.
You should go to Lviv for the impressions from its many varied characteristics. 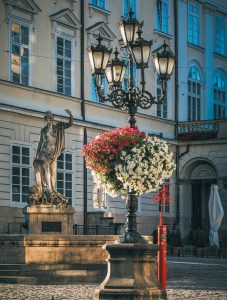 Tourists flock here in search of gastronomic discoveries. Lviv is famous for its coffee houses; after all, it’s not for nothing that Jerzy Franciszek Kulczycki, “the person who taught Europe to drink coffee” and who invented the “Viennese pastry,” was born here. No less well-known are local liqueurs infused with herbs, berries, and fruits and sold in special stores, as well as handmade chocolate and caramel. Some will want to visit the distinctive restaurants. Others are attracted by the amazing architecture of this ancient city, ranging from parks, grandiose churches, to famous castles like Olesko, Pidhirtsi, and Zolochiv; ending with cozy, creatively decorated courtyards and unusual houses. For example, there is the Yard of Lost Toys, and a crossword puzzle house, which should be visited at dusk: a huge crossword puzzle is on one wall, and the answers are written in phosphorescent letters visible only in the dark. The local museums collect unique works of art, such as wooden sculptures by the master Pinzel, one of the most mysterious artists from Lviv.
The historic city center is listed as a UNESCO World Heritage Site.