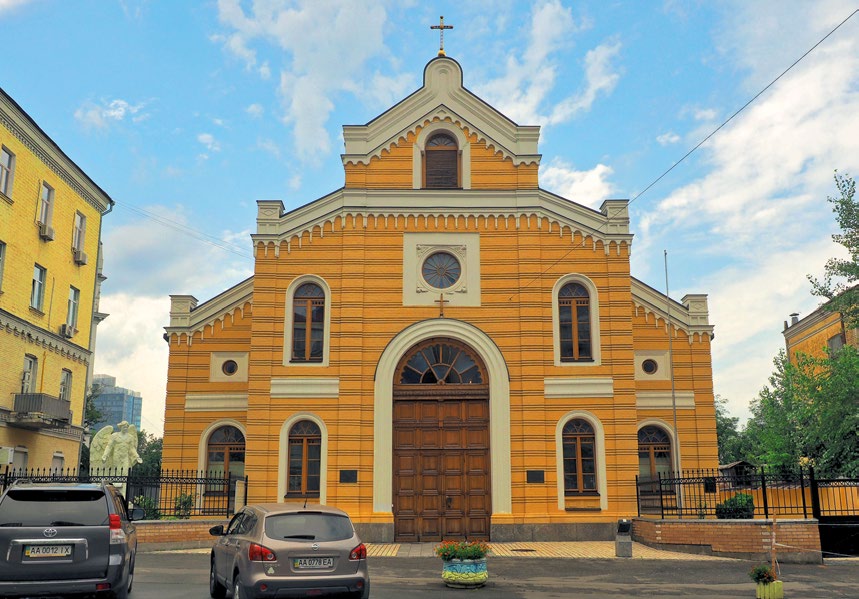 History of the Lutheran Church in Kyiv. In the 18th century there were few Germans in Kyiv and religious services for this small group were held in the house of the Kyiv pharmacist George Bunge. But as numbers grew the house could not accommodate them all. So they built the modest wooden church of St. Catherine in Podil. This was destroyed in a devastating fire in 1811, but a few years later, another wooden church was built. The church that stands here now, the Lutheran Evangelical Church of St. Catherine, was built according to the plan of architect Ivan Strom and under the guidance of Paul Schleifer in 1855-1857.

The Lutheran Church was destroyed in a devastating fire in 1811. 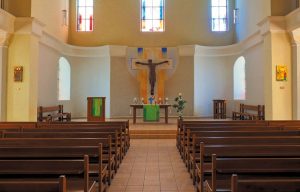 The building was designed in Romanesque style with simple Gothic elements. The Historian of Kyiv, Nikolay Zakrevskyi, wrote: “The church in Gothic style is noted for its grace, serenity, and excellent acoustics. The preacher’s words can be heard clearly and distinctly in its farthest corners”. Soviet distaste for all things religious saw the church closed down and a group of militant atheists took over its premises. After that it was used as an ordinary warehouse. And later as a department of Folk Architecture and Folkways of Ukraine with its administration. Nowadays (since 1998), the building is used for its original designated purpose. It is a church one again.