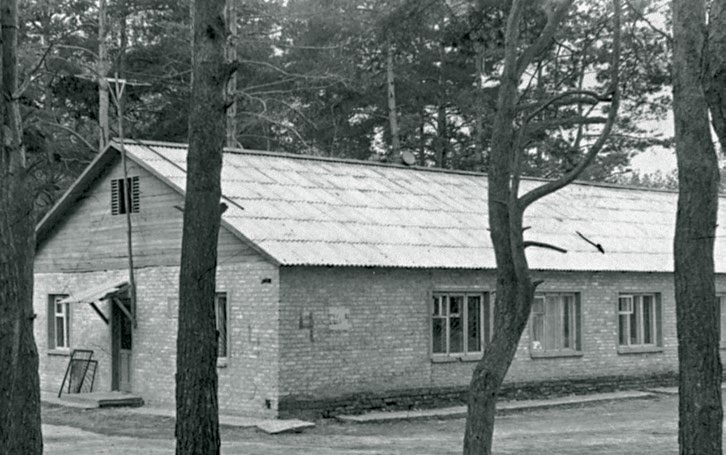 Lesnoy (Forest) was arranged like a small town. It had four streets: one with barracks and dormitories, and three with 2-room mobile homes (with kitchens, a porch, and a toilet). Also, there were three stores for groceries, vegetables, and industrial goods. The Cafe “Veterok” (“Breeze”) was located near the station Yanov. The club “Chaika” (“Seagull”), which was called “Gidrozaray” (“Hydro Barn”), was used for Communist Party meetings and also screened movies and provided a stage where live artists performed. In addition, there was an outdoor theater for cinemas in summer, a health care center, post office, sauna, library, and hairdressing salon.
Initially, heat and hot water were supplied from a steam locomotive that stood without wheels. 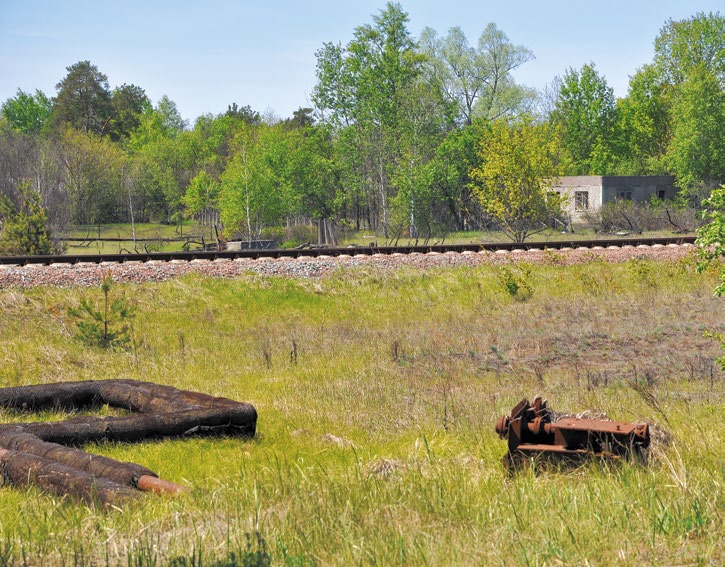 Then a gas boiler was built and the tracks were asphalted. After the builders received the first apartments in Pripyat, workshops were based here. After the accident, Lesnoy was in the epicenter of radiation injury. Although the Red Forest was cut down to its roots and buried in the first weeks after the accident, no one touched the village. Small houses still stand here among the bushes.