The Swimming Pool “Lazurny” in Pripyat.

Pripyat residents were physically active. The large “Avanhard” Stadium for 5,000 people was located in the 4th microdistrict, right behind the amusement park. In the 3rd district, on the street with the telling name Sportivna, there was a large indoor swimming pool called “Lazurny” (“Azure”). A pool membership was available at an affordable price, so there was no end to those who wanted to splash and dive. It is interesting that “Lazurny” still functioned after the accident. As in other buildings that were used in Pripyat after 1986, linoleum flooring was installed in all the rooms for easy decontamination and cleaning. Unfortunately, the pool was closed in the late 1990s due to the termination of work in Pripyat and the dangerous condition of the building that had not been repaired for a long time. 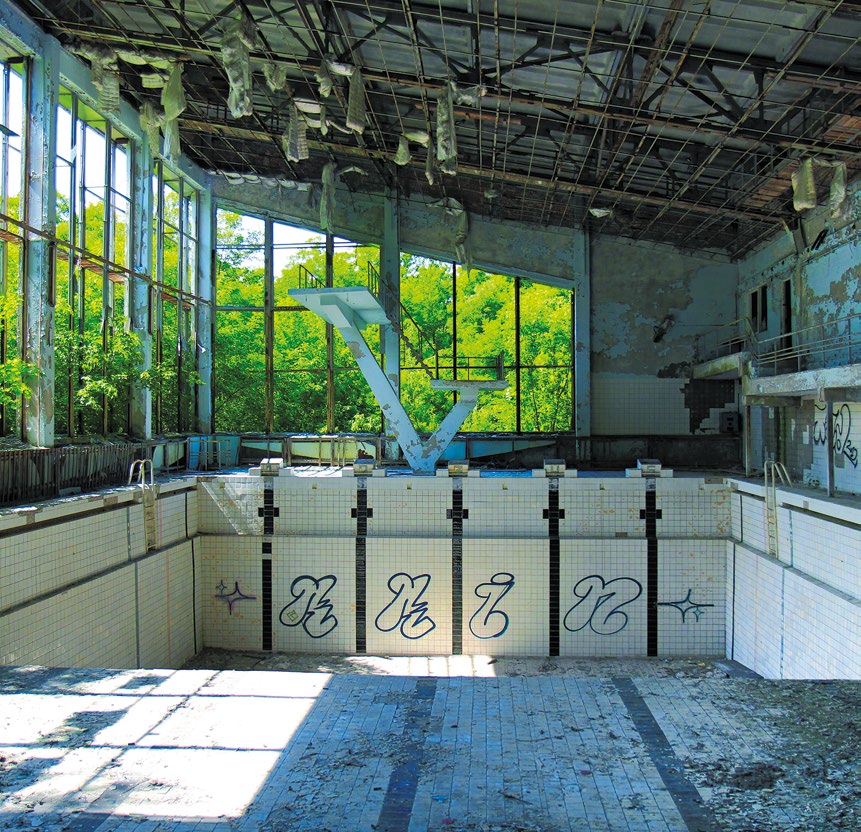 Now the pool is one of the most famous and popular places to visit in Pripyat, both for official tourists and stalkers. It is so famous from among the many cult symbols, such as the Ferris Wheel, Post Office, and others, that it appeared in the “Marooned” music video by the legendary group Pink Floyd, filmed in 2014 for the 20th anniversary of the release of the album “The Division Bell.” In addition to modern views, the clip includes a scene from a documentary film where you can see how Lazurny looked before the accident.