Kyivan Rus is traditionally called the state of Eastern Slavs, which originated in Europe in the 9th century with its center in Kyiv. However, the concept of Kyivan Rus came into use only in the 19th century, and contemporaries called it simply Rus.
The first mention of Kyivan Rus dates back to the 830s, when its ambassadors arrived in the Byzantine and Frankish empires. The state emerged on the famous trade route “from the Varangians to the Greeks” – from the Baltic Sea through Eastern Europe to Byzantium. According to the “Tale of Bygone Years,” the oldest of the chronicle sources that have come down to us, in the second half of the 9th century, three Varangian brothers were called here to reign: Rurik, Sineus and Truvor. Historians are divided about the next stage. Some believe that the state was founded by Prince Oleg, regent for Rurik’s son Igor, who seized Kyiv in 882 and united the East Slav and Finnic tribes. Others believe that the date should be set from the time of princes Askold and Dir, that is, 20 years earlier. 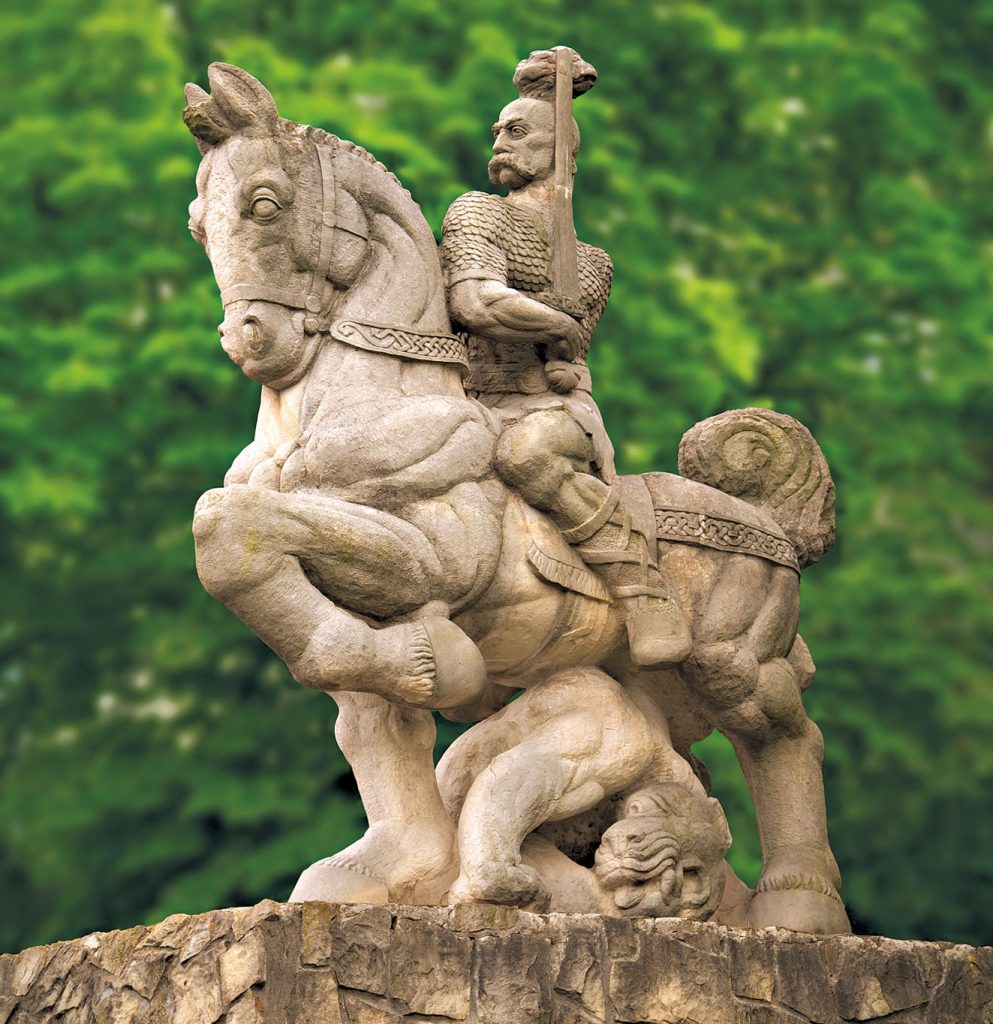 But it is indisputable that Kyivan Rus reached its peak under the reign of the Rurik dynasty princes: Vladimir the Great, who introduced Christianity in Rus’; Yaroslav the Wise, who brought economic and political prosperity; and their heirs. This time, which saw the construction of the most famous cathedrals, including the Kyiv-Pechersk Lavra and St. Sophia, is celebrated in sagas and folk legends.
The richer and more powerful Kyivan Rus became, and the stronger Kyiv grew and increased its influence, the more intense the internal struggle between the prince-heirs became. According to the law, the oldest ascended to the throne, the second oldest received Chernihiv, and the whole hierarchy shifted around them. Therefore, power passed not from father to eldest son, but from nephews to uncles, from brother to brother, leading to murder, war, and intrigue between families. As a result, by the middle of the 13th century, the state had been significantly weakened, breaking up into 15 principalities, who constantly clashed about the question of the Grand Prince’s throne. That was, ultimately, the cause for defeat during the Mongol invasion and the establishment of the Tatar Yoke. Kyiv was burned by the Mongols in 1240, exactly when, in fact, the history of Kyivan Rus ends. The struggle for Kyiv continued afterwards, but only because it had great symbolic significance.