The interesting history of Kyiv.

Kyiv is the main and largest city of the country, with an ancient and vibrant history. According to legend, it was founded by three brothers Kyi, Shchek, and Khoryv, and their sister Lybid. Their names are reflected in the toponymy of the capital. In 882, Kyiv was conquered by Vikings of the Rurik dynasty, and from that moment it became the capital of Kyivan Rus’, the center of Christianity, the origin of Orthodox shrines – like the Kyiv-Pechersk Lavra and St. Sophia Cathedral – one of the largest and richest cities in Europe. The Mongol-Tatar invasion of 1240 led to the long decline and destruction of many historical monuments. Then, for a long time, Kyiv was under the Polish-Lithuanian Commonwealth, but there is almost no material evidence from this period except for historical names, such as Zamkova Hora, on which Prince Vytautas’ castle once stood. 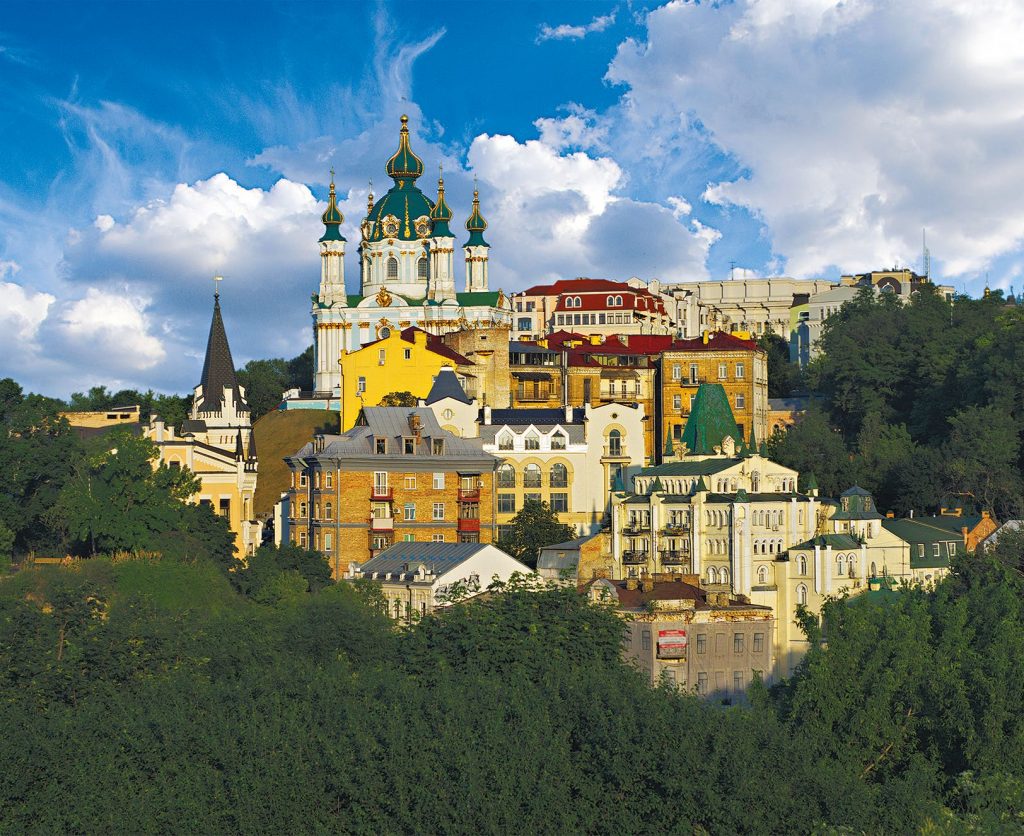 The city’s next heyday is associated with the liberation of Left-Bank Ukraine from Polish rule and reunification with Russia. The construction of churches, public buildings, and the opening of the Kyiv- Mohyla Academy began in the 17th century, thanks the Ukrainian hetmans and, especially, to Metropolitan Petro Mohyla and his followers.
The economic boom of the mid-19th to early 20th century had a huge impact on the appearance and cultural traditions of the city. During this short period, Kyiv gained most of its best attractions. The city was badly damaged during World War II. A significant part of the center was destroyed and rebuilt in the 1950s; the famous chestnut boulevard on Khreshchatyk was created, new squares and parks were laid out. Kyiv is undoubtedly interesting as a tourist center, but its main feature is the unique combination of a modern metropolis and the many resort areas located within the city limits: forests, parks, and recreation areas on the Dnipro, such as Hydropark and Trukhanov Island, and numerous lakes and ponds.