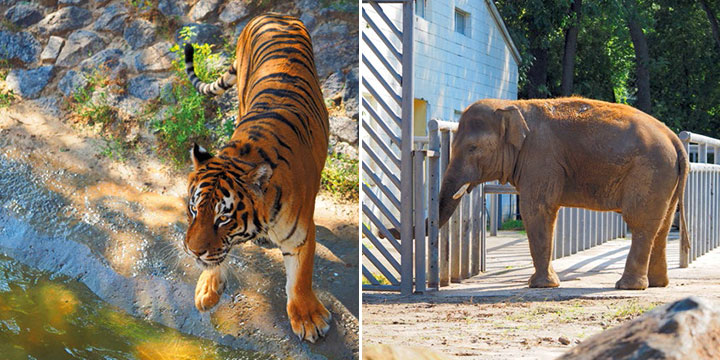 The interesting history of Kyiv Zoo.

The City Zoo was founded in 1908 by the city community but unfortunately many animals arrived before suitable premises were ready and they spent their first winter in the freight department of the railway station. On 21 March 1909, they were moved to the University red building (at the side of the Botanic Garden) where they were supported by charitable donations. On 16 May 1912, this location had become seriously overcrowded so the city council allocated large area of ground close to the Polytechnic Institute. The open day was the following year. During World War I and the Revolution of 1917, the Zoo staff managed to fully preserve and protect its animal collection. 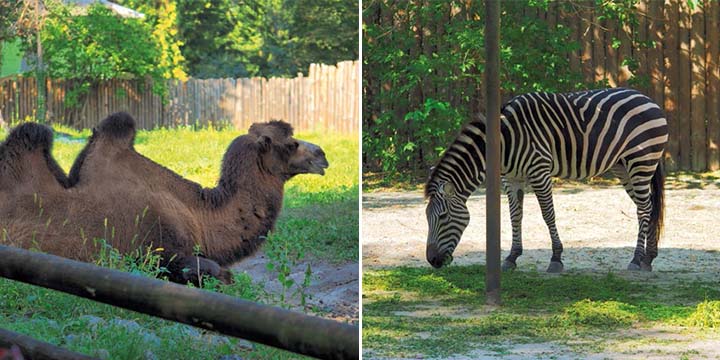 In 1919, this unique scientific and educational establishment got its official name of The Kyiv Zoo. Its collection was regularly increased with new animals and eventually it grew to become the largest zoo in the USSR. When the Nazis occupied Kyiv in 1941, almost all of the Zoo animals were taken to Germany and the Zoo itself was severely damaged. But remarkably the Zoo was ready to reopen its gates to visitors in 1944. Its collection was gradually replenished, new aviaries were built, new paths laid, the ponds and lakes cleaned up. The central entrance building with the cash desk was built in 1966, as part of another large-scale reconstruction. And in 1968, near the main entrance, bronze sculptures of a bison and lions (sculptor Yuri Ruban) were installed, which have since become the symbols of the Kyiv Zoo. This institute was named the National Zoological Park in 1983. Today, the Zoo has 1,950 animals from 339 species.