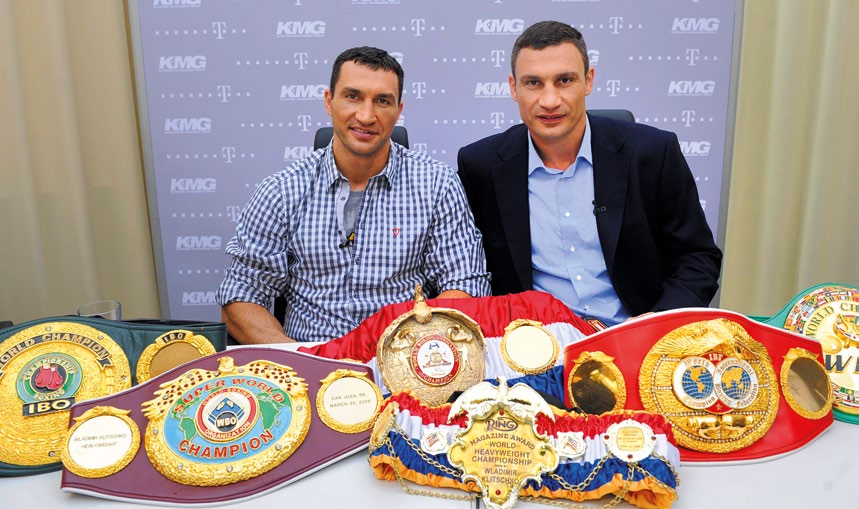 Vitali (born 1971) and Wladimir Klitschko (born 1976) are world heavyweight boxing champions. The two of them managed to collect every version of championship belts: WBC, WBO, WBA, IBO, IBF and also The Ring magazine belt. Vitali Klitschko is also a six-time world champion kickboxer as recognised by various organisations (four times among professionals and twice among amateurs). He is a member of the International boxing hall of Fame (IBHOF) as well as the winner of the Laureus World Sports Award “Comeback of the year” for the fight with Samuel Peter. Wladimir Klitschko won the Super-Heavyweight gold medal in the 1996 Olympic games. 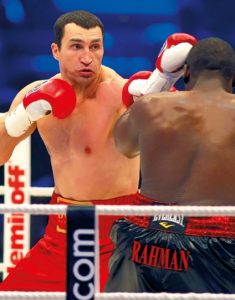 Achievements of the Klitschko brothers.

The Klitschko Brothers were the first heavyweight champions of all the former USSR countries. Having broken the world record in defeating 21 opponents in 26 bouts, Wladimir surpassed the achievements of the legendary boxer Joe Louis. He held the World Champion title for 12 years, which is the longest period in the history of heavyweight boxing. He ranks 15th in the best heavyweights in history table and first position in the list of the best European boxers of all time. This is just a brief excerpt from the list of their awards, records and achievements. You can acquaint with the Klitschko brothers’ achievements in the Klitschko museum.

Ukraine, the world’s largest sunflower producer, set a world record in 2016 with a harvest of 13.6 million tons. There are so many sunflower fields in Ukraine that the big round yellow flower has become one of the symbols of the country. The sunflo ...

But it is another culinary legend (Chicken Kyiv) that ranks alongside Kyiv torte and its origins are shrouded in similar rumours. They say, in the late 19th century, at the Kyiv restaurant, this “cutlet of poultry” (côtelette de volaille) was re ...

Persian walnuts, in Ukraine called Greek walnuts, are associated by many people with warm countries, where they actually grow wild, like in China, Iran, India. That is why, coming to Ukraine for the first time, you might be surprised to see them grow ...

Compote is a traditional Slavic drink made from fresh or dried fruits or berries. Uzvar is a kind of compote. It is made only from dried fruits, with honey added, and, unlike the usual compote, its ingredients are not boiled long, rather it’s broug ...

In English, the word horilka means Ukrainian vodka distilled with red chili pepper. But in Ukraine, horilka is not only that drink, but any vodka, including the home-brewed one known as samohon, or moonshine. Usually, wheat or rye is used to produce ...

After the end of World War I, a rush to fortify seized all of Europe, including the Soviet Union. Given the advent of long-range, large-caliber guns, tanks and aircraft, the European states started actively preparing for and defending against war in ...

This unique complex began in 1964, with the construction of a huge dam and enormous reservoir to increase electricity generation for all of the country. This large hydro system comprises the HPP (Hydro Power Production) building, the overflow diversi ...