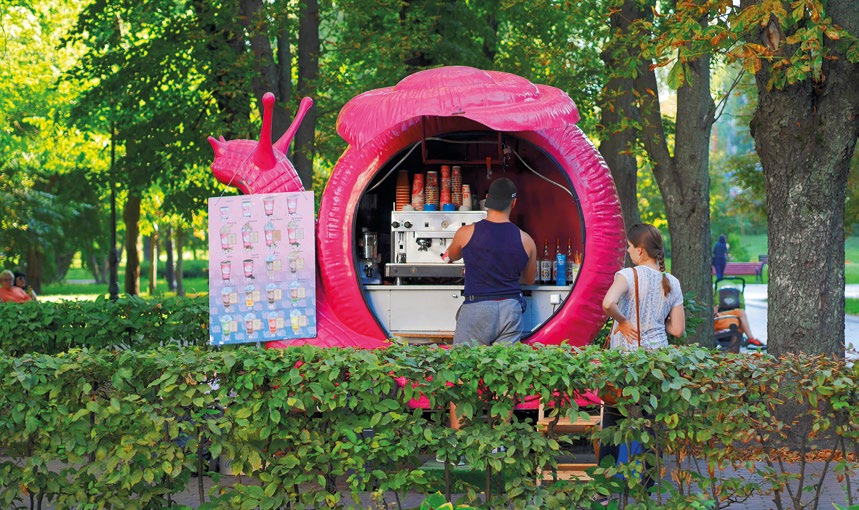 Kiosks, with their official name “small architectural forms” (abbreviation “SAF”) can be found at virtually every street corner. This is the most democratic kind of retail outlet offering hot coffee, clothes, books, accessories, cosmetics and perfumes, and much more. You can enjoy fast local food usually shawarma or pancakes with stuffing. They appeared on the streets in the late 1980s. Then the palatki served as 24-hour convenience stores. In just one small SAF one could buy Coca-Cola, alcohol, cigarettes, contraceptives, sweets, crisps, and also absolutely unexpected things – from jeans and flashlights to detective stories and audio cassettes. 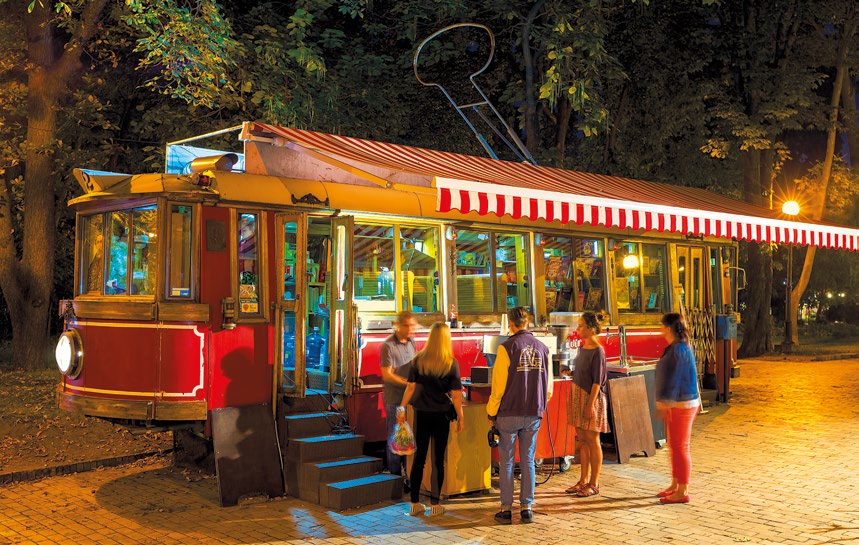 Those popular shops were most often located in former “Soyuzpechat” – magazine and newspaper shops. After gaining independence and the transition to a free market, there was an SAF boom. Palatki sprang up anywhere and everywhere. Most of them are prefabricated plastic structures without foundations, in which there are no amenities other than electric lighting. Despite the efforts of the authorities, a huge number of kiosks in the capital are set up illegally – today there are more than 2,500. The simplicity of the design allows them to be quickly transported from place to place. They are installed near houses, on lawns, at bus stops, near large stores. Until recently, they flooded the underground, but for safety reasons they have now been removed. And from now on, all legal kiosks will be marked with special holograms.