The interesting history of Khortytsia.

If the island of Malta is the “key” to the Mediterranean Sea, then the island of Khortytsia is the “key” to the Dnipro. It is located within the city of Zaporizhia, below the DniproHES. In the Middle Ages, it was known as the island of St. George.
In the old days, the Dnipro was the famous trade route “from the Varangians to the Greeks,” and all travelers, without exception, had to traverse the Dnipro rapids – rocky outcrops which hindered navigation. During construction of the DniproHES, they were submerged; in ancient times, vessels were dragged along here; and in later times, up to the 20th century, cargo and passengers cruised to the rapids, then were transported by land to just below the rapids, and traveled again by water. The island of Khortytsia was an important strategic point. At the time of Kyivan Rus’, sailors rested on it after dragging their vessels to it. It was a profitable and convenient place for an ambush. According to legend, it was here that Prince Svyatoslav, father of Vladimir the Great, died in a battle with the Pechenegs. Subsequently, the Zaporizhian Cossacks, controlling the rapids and the crossing near the island, built fortifications. In the 18th century, during the Russo-Turkish wars, more powerful fortifications were built here. After the eradication of the Zaporizhian Sich, Empress Catherine the Great presented Khortytsia to her favorite, Prince Potemkin. At the turn of the 19th century, German Mennonites founded a settlement here, trading in forestry goods. 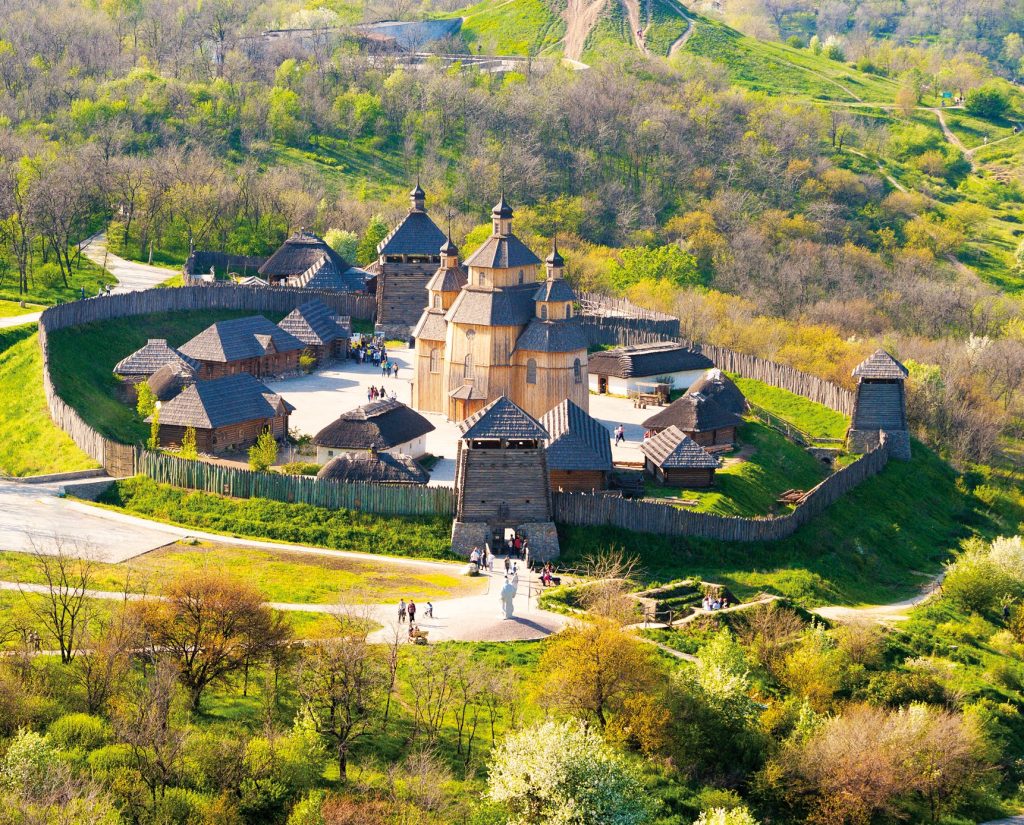 Today, Khortytsia is a national reserve, but part of the territory is occupied by illegal buildings. The historical and cultural complex “Zaporizhian Sich” opened on the island, where there are Cossack festivals and thematic tours. The island is visited annually by about a quarter of a million tourists – they are attracted by amazing nature, extraordinary landscapes with inland lakes, and many archaeological monuments. Climbers train on 40-meter (131-foot) cliffs in the northern and north-western part of Khortytsia.