Kamianets-Podilskyi is one of the oldest and most beautiful cities in Ukraine. Its main attraction is the historic center, preserved intact, without any 20th-century buildings. The city is located on an extensive peninsular rocky plateau with steep walls formed by the Smotrych River. This grand canyon itself is a natural fortress, thanks to which Kamianets-Podilskyi Castle, connected to the shore by a long bridge, remained inaccessible invaders for five hundred years. It was never taken by force, and it passed from hand to hand only by intrigue or a change of power in the surrounding territories.

The history of Kamianets-Podilskyi.

The city has existed since the 11th century; the main fortifications, which have survived to this day, were built in the 14th and 15th centuries. It was ruled by Lithuania, the Polish-Lithuanian Commonwealth, the Ottoman and then the Russian empires. At the same time, there is a powerful Armenian diaspora in Kamianets-Podilskyi. All of this influenced the architectural composition of the city, its traditions and culture. Thus, the Cathedral of the Holy Apostles Peter and Paul had a 36-meter (118-foot) minaret added during the period of Turkish rule, and when the Polish regime was reinstated, a statue of the Blessed Virgin Mary was erected, standing on the globe and crescent. 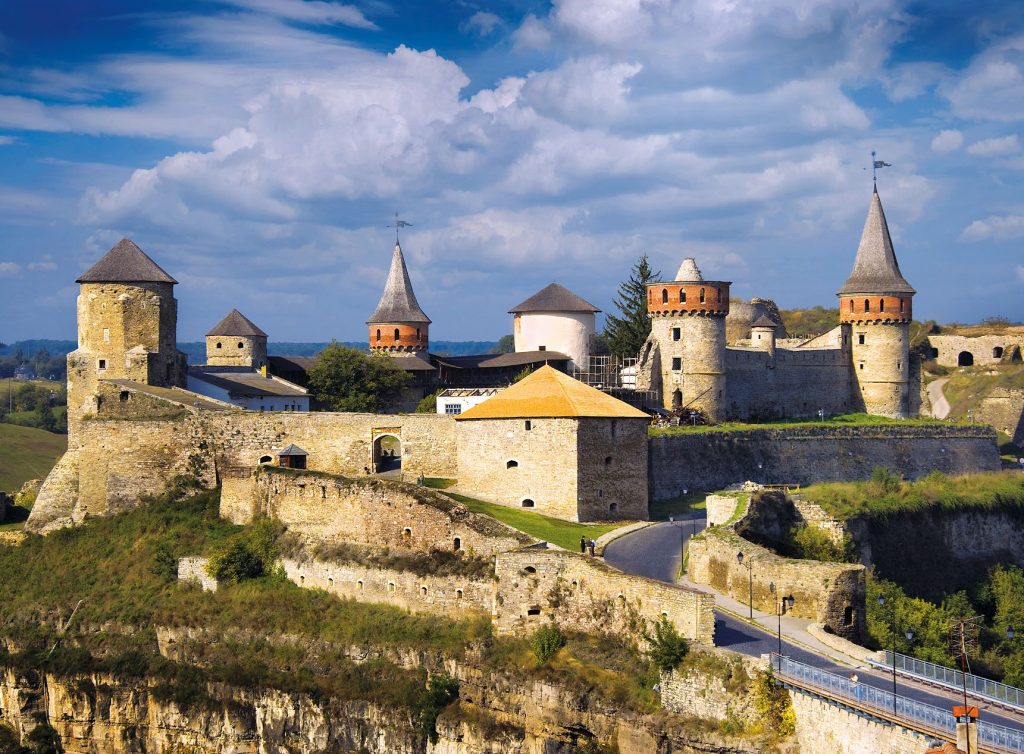 In the cathedral itself, many tourists are drawn to the magnificent tombstone of the young beauty Laura Pshezdetskaya, made of Carrara marble.
Attractions include the restored Alexander Nevsky Cathedral in the classic Neo-Byzantine style, the Armenian Nicholas Church, the Armenian Well, and the Armenian and Turkish bastions of the old fortress.
Similar to the illustration in adventure novels by Dumas or Walter Scott, Kamianets-Podilskyi Castle will leave the most vivid and unforgettable impressions on those who like to travel to places where “history breathes.”
Since 1998, the three-day “Towards the Sun” festival of balloons is held in late May, in conjunction with City Day. And then you can have a birds-eye view of Kamianets.