The history of Ivan Mazepa.

Ivan Mazepa (1639-1709) played a key role in the unification of Left-Bank and Right-Bank Ukraine, as well as the Sich lands. Thus, he continued the work of Bohdan Khmelnytsky. To achieve his goals, Mazepa entered into various political alliances and made difficult decisions. Historians from different countries sometimes have completely different assessments of his activities: some still consider him a traitor, others say he is a national hero.
Mazepa came from a noble Ukrainian family, his father was a brother-in-arms of Khmelnytsky. He received a brilliant education and served in the Polish royal court. He participated in the Crimean campaign on Russia’s side and soon received the rank of Hetman. He supported young Peter I on his accession to the throne, and for a long time was his favorite adviser. However, the restriction on the autonomy of Ukraine (then Malorussia) in the Russian tsardom, as well as the defeat in the war with the Swedes forced Mazepa to reconsider his views on the alliance with Peter I and turn to the Swedish king Karl XII in search of a better position for Ukraine and the Cossacks. This act forever split both his contemporaries and descendants into two irreconcilable camps. 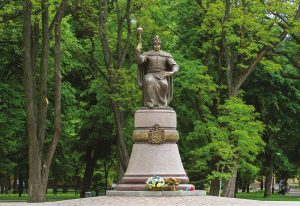 To a large extent, tragedy contributed to maligning Mazepa’s image: the old hetman fell in love with his young goddaughter, she reciprocated, and he took her away from her parent’s home. Their love letters are considered a masterpiece of the Ukrainian epistolary genre. The girl’s father, having learned that the hetman was proposing a union with the Swedes, wrote a denunciation of him to Peter I. The emperor did not believe the accusation, Kochubey and his friend Iskra were executed, and the girl died. After the Swedes were defeated near Poltava, which put an end to Mazepa’s political plans, the tsar insisted that the Russian Orthodox Church give the hetman an anathema, and it did.
However, in the history of Ukraine, Ivan Mazepa’s role looks completely different. He not only united previously separated lands, but also contributed to economic prosperity and worked to create an autonomous state. He became famous as a patron of the arts: many churches were restored and built with his financial support, including on the territory of the Kyiv-Pechersk Lavra, and beyond the capital. His fate inspired many European poets, artists, and composers. The image of Mazepa is on the 10 hr yvnia note.