The pioneer printer Ivan Fyodorov was born around 1520, most likely in Moscow. His first book, “Apostolos” (New Testament and the Acts of the Apostles), was prepared and printed in 1563 by the Moscow Printing House, which had just been opened by order of Ivan the Terrible. Soon after publication of his second book, “Chasovnik” (prayer-book), Ivan Fyodorov moved to the Lithuanian principality, which then included most of today’s Ukraine. In an afterword to the “Apostol” of 1574, Ivan Fyodorov shares that the reason he left Moscow was the strong animosity against him from government and religious leaders, who envied him and accused him of many heresies and wanting to destroy God’s work (printing industry). 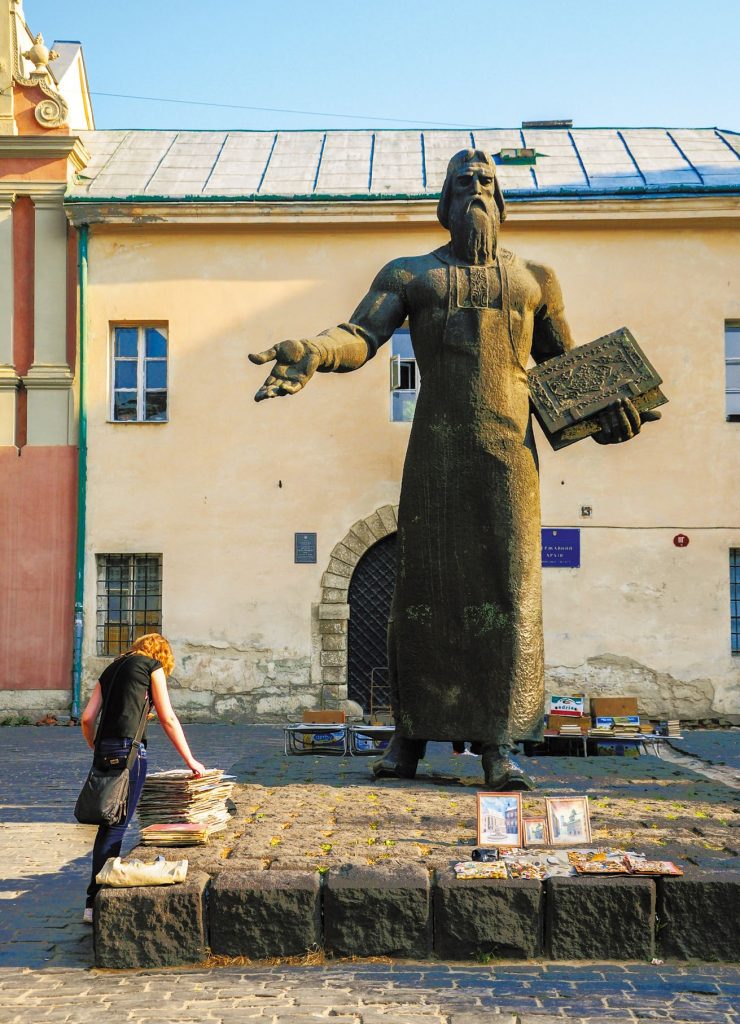 In Lithuania, Fyodorov was warmly welcomed by Hetman Chodkiewicz, who founded the printing house Zabludow on his estate. But soon the hetman closed it, and Fyodorov was forced to move to Lviv, where he decided to continue his work. Considerable funds were needed to start a new business, which Fyodorov didn’t manage to get from the rich Russian and Greek merchants who lived in Lviv, but instead he received support from several poor clergyman and parishioners.
Ivan Fyodorov sold books not only in Lviv, but also in Krakow and Kolomiya. Unfortunately, in financial terms, his business wasn’t that successful, and in 1579 his printing facilities, along with 140 books, became the property of the Lviv Dormition Brotherhood. After that, Fyodorov was invited to the city Ostroh by the Duke Konstantyn Ostrohsky. At the duke’s request, in the newly created printing house, Fyodorov published the famous “Ostroh Bible,” the first full version of the Bible printed in Church Slavic.