In English, the word horilka means Ukrainian vodka distilled with red chili pepper. But in Ukraine, horilka is not only that drink, but any vodka, including the home-brewed one known as samohon, or moonshine. Usually, wheat or rye is used to produce alcohol, but not only. It can be produced from potatoes, sugar-beets, and more. Horilka is as strong as regular vodka. In other words, horilka is 40 percent alcohol and 60 percent water and initially goes through several stages of purification: sedimentation, aeration, and filtration. The water is not boiled or distilled. 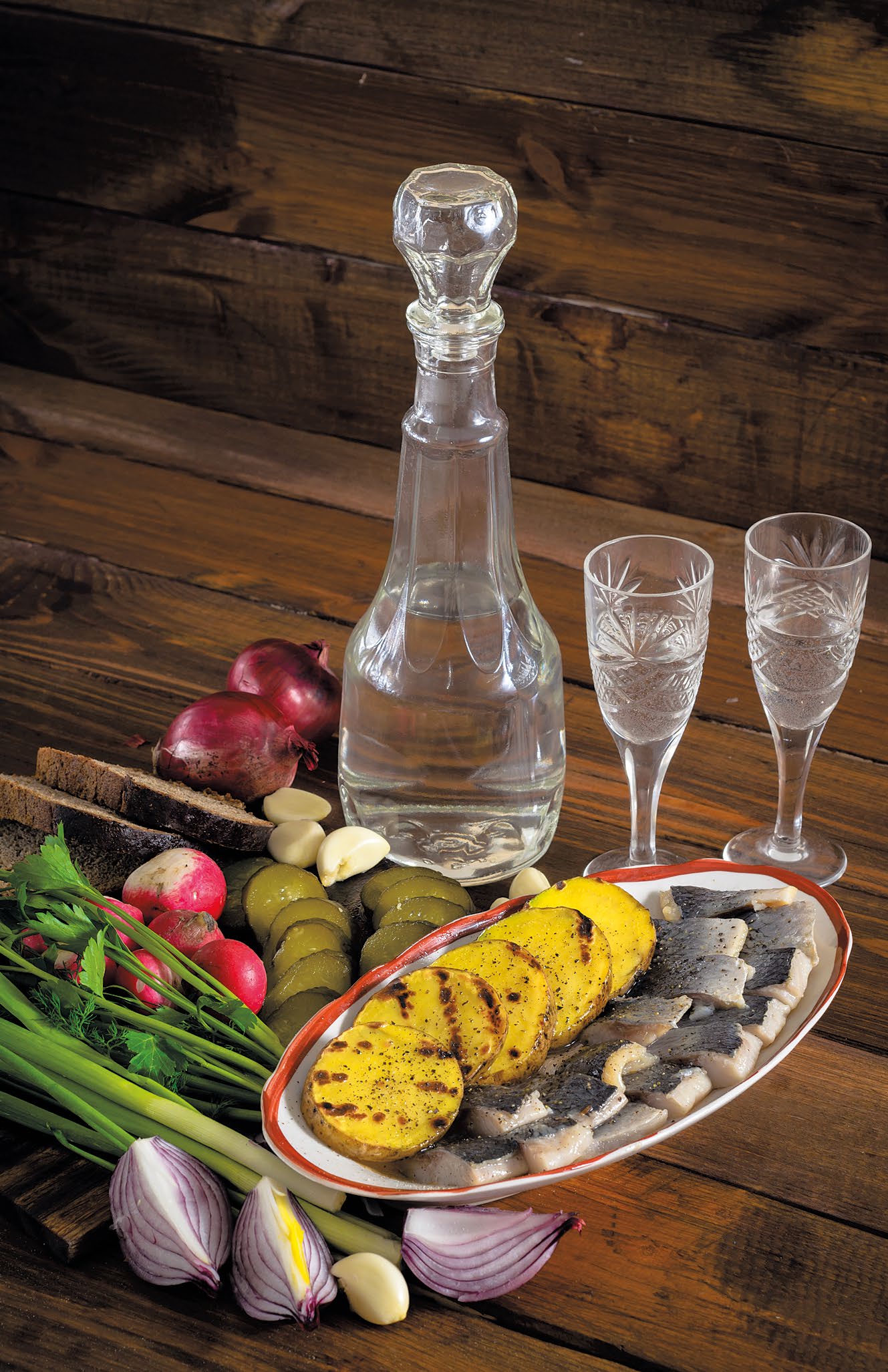 The old tradition of adding herbs and other ingredients to horilka.

The difference in taste depends on the impurities and the presence of compounds other than alcohol and water. Perhaps the old tradition of adding herbs and other ingredients to horilka was partly due to the desire to mask the bitter aftertaste of not-quitepure alcohol. The technical ability to create pure alcohol only appeared in the second half of the 19th century.
Today, Ukrainian stores offer a wide selection of locally-produced spirits, ranging from $2 to $20 per half-liter bottle. Some of the more well-known brands of horilka in Ukraine include Khortytsya, Nemiroff, Khlibniy Dar, Pervak, Mernaya, Persha Gildiya, Kozatska Rada, and Morosha.