The interesting history of Heorhiy Narbut.

Heorhiy Narbut (1886-1920) was an artist and illustrator who played a huge role in the history of Ukraine. He began studying in the Department of Oriental Languages at St. Petersburg University, but after an exhibition of student amateur drawings, the venerable artists of that time noticed him. Narbut received his artistic education in Munich. Upon his return to Russia, he became a member of many prestigious art societies, and illustrated popular magazines and books. During the First World War, he created his own genre, allegorical engravings on military subjects, often with humorous content. 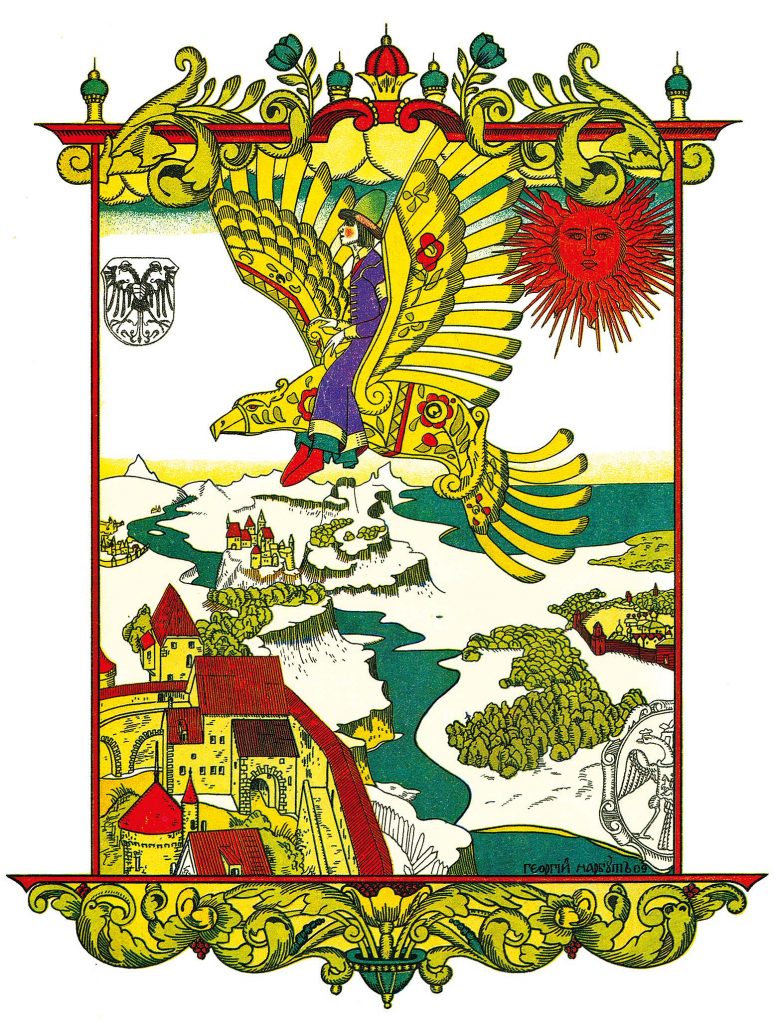 After the 1917 revolution, he moved to Kyiv. Here he worked on banknotes and postage stamps of both the UNR and the Ukrainian state under Skoropadsky. He was one of the founders of the Ukrainian Academy of Arts, and became a rector there in 1917. He worked on sketches of military uniforms and even playing cards. After the establishment of Soviet power in Ukraine, he was, as before, called to be a graphic artist and illustrator. He established the field Ukrainian book and magazine graphics, creating a completely unique and recognizable style, which combines folklore motifs and traditions of Ukrainian baroque. His main work bears the name of its creator – the original font “narbut” – in which the traditions of ancient fonts are combined with a new unique interpretation. Narbut’s style is distinguished by its clear contour, rich pattern, and intermingling of folk and “high” decorative elements.