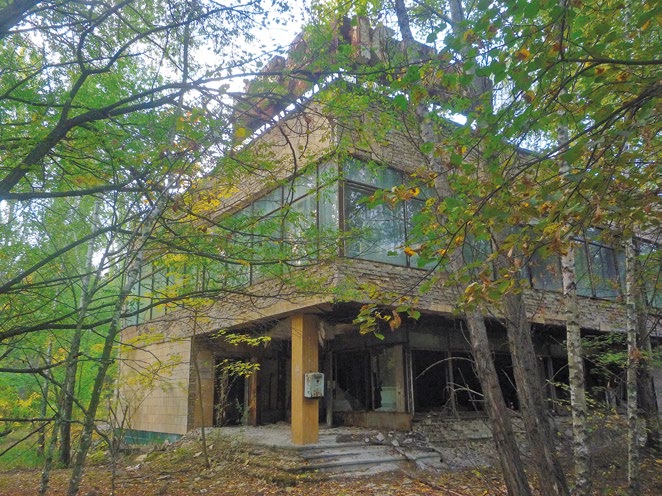 In the years of Chernobyl’s development, chemically produced socalled permanent waves were in vogue and the majority of Soviet women marched through the streets with magnificent hairstyles, much like the musicians of western rock bands. Components for hair styling poured from huge white plastic bottles, similar to the ones in which modern stores sell household chemicals; the smell was much the same. The process burned the scalp and literally “burned” the hair, but this did not stop the fashionistas. 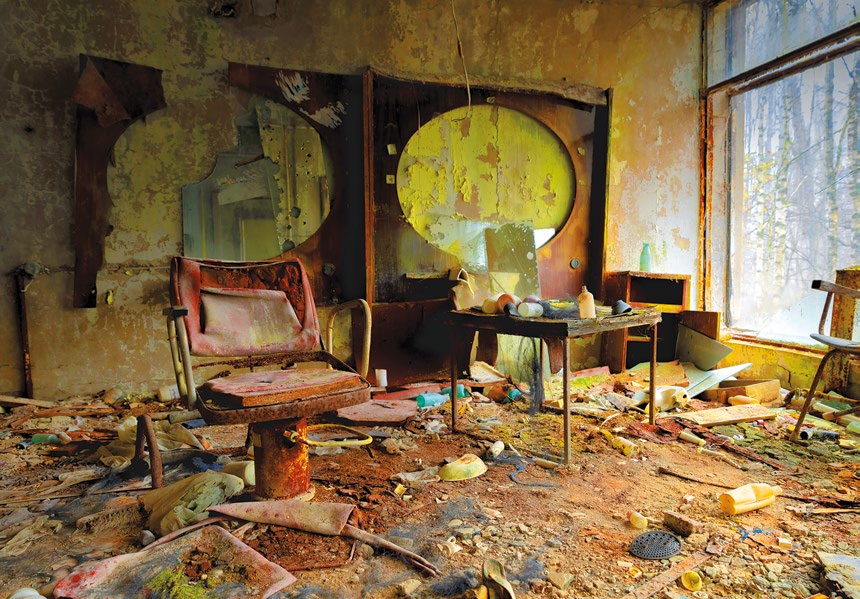 The most advanced hairdressing salons began to acquire special tools: finger tips for hair dryers, thinning scissors, a variety of hairbrushes, and unusual novelties, including more comfortable chairs. Instead of a short list of prices for men’s, women’s, and children’s haircuts, there appeared long price lists for various services. This Pripyat hairdressing salon looks more like the famous Kyiv “Charodeika” (“Enchantress”) in the center of the capital than a salon in a small town. But the huge round mirrors in square wooden frames were then common everywhere in the USSR.