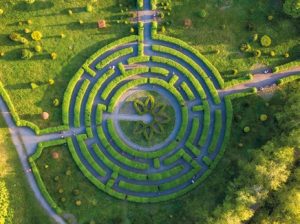 Mykola Gryshko Botanical Garden came to be called by Kyivans as the “new” garden, as opposed to the “old University” garden. This beautiful park in the Zverinets area is a real respite for the residents of a large bustling city. It is especially beautiful in spring, when the magnolias, lilac and chestnuts burst into flower. The staff of this scientific and educational institution make every effort to give the very best floral show to the residents and guests of the city.

The history of Gryshko Botanical Garden.

The garden dates back to 1918, when it was founded simultaneously with the Academy of Sciences of the then young Ukrainian state. In 1935, the USSR government allocated another 120 hectares for extending the garden. By 1941 this garden had more than 1,000 outdoor species. 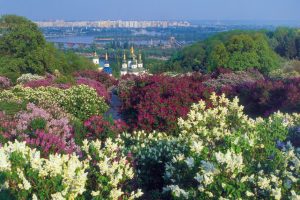 The greenhouse collection was also carefully selected. During the German occupation of Kyiv in 1941-1943, the garden was badly damaged. Restoration work began in 1944. According to the concept proposed by scientist Mykola Gryshko, the garden combined both the scientific and the educational. 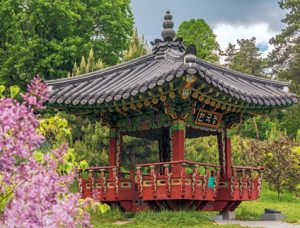 The recreation area was also laid out. Today, the botanical garden houses more than 10,000 species and varieties of plants collected from around the world. There is a residential building in the garden–Svyatoionynskyi Monastery, well-known through whole Orthodox world. Close to it stands Vydubytskyi Monastery with a magnificent architectural prospect. From here, one has splendid views over the ancient but also eternally young city of Kyiv.