The history of Grigory Skovoroda.

Grigory Skovoroda (1722-1794) was a major figure in Eastern Slavic culture, who had a significant impact on the development of philosophical thought in several countries. He was the founder of Russian religious philosophy, a Ukrainian poet and fabulist.
His father had Cossack roots, his mother was from a noble Tatar family, whose descendants occupied high positions in St. Petersburg. Due to this, Grigory was appointed court chorister. Having been educated at the Kyiv Theological Academy, where, of all the teachers, the famous traveler Barsky had the greatest influence on him. Having lived at the royal court in Moscow and St. Petersburg for several years, he went to Central Europe as part of the Russian mission, then traveled on his own. It has been established that, in a few years, Skovoroda visited Poland, Hungary, and Austria. According to less confirmed sources, he also visited Italy and Prussia. After returning from abroad, he taught for some time at the Kharkiv Collegium, but his free-thinking and disobedience to either the spiritual or secular hierarchy led to a quick dismissal. He did not return to teaching. He spent most of his life as a wandering philosopher and theologian, traveling on foot throughout the whole of Ukraine (then Little Russia), the Azov region, the Orel and Kursk provinces, and the territory of the Cossack Don Army. This way of life and worldview, in the center of which stands a free man as a measure of all things and all thoughts, earned him fame and the nickname “Socrates.” 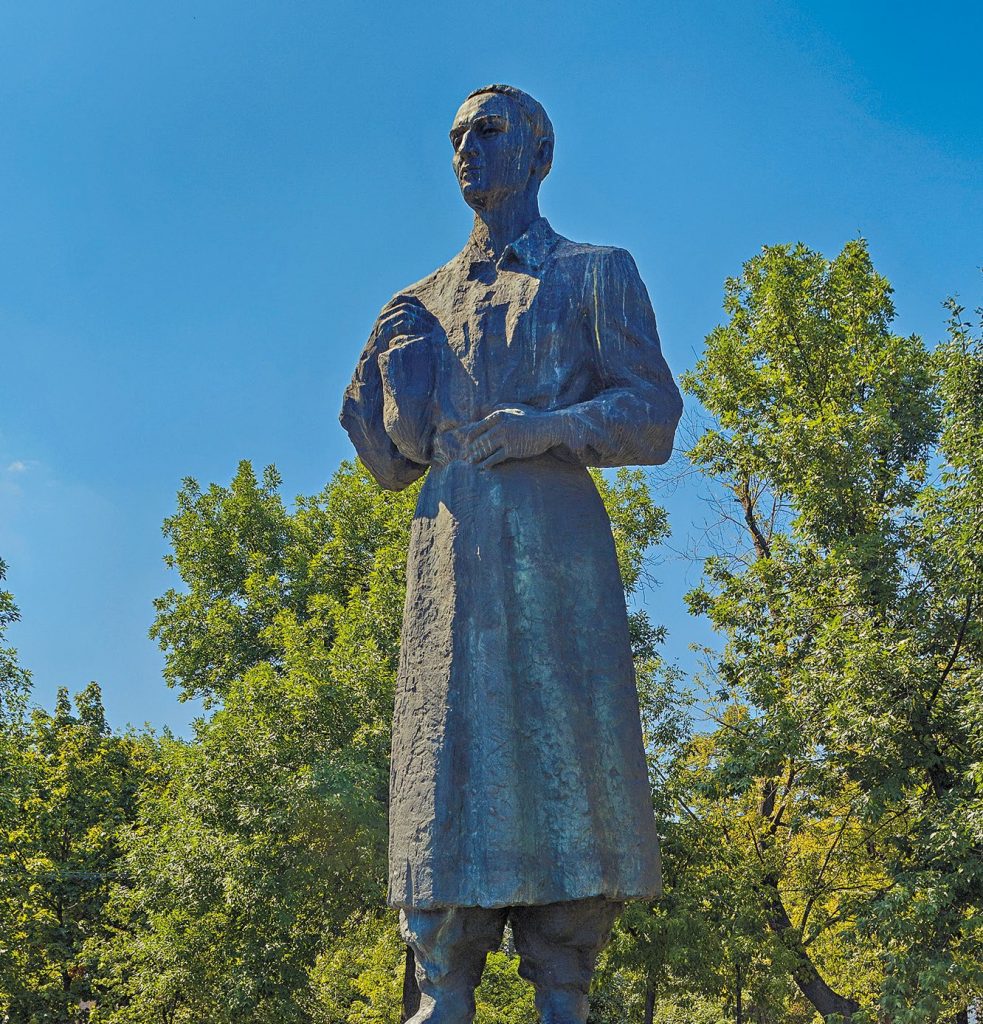 Shortly before his death, he handed over all his manuscripts to his beloved student. On his last day, anticipating the end, he washed, changed into clean clothes, lay down, and died. He ordered an inscription to be carve on his tombstone: “The world tried to catch me, but could not.”
Despite the fact that Grigory Skovoroda did not publish a single work during his life, his influence on his contemporaries and subsequent generations, up to the figures of the Silver Age, was enormous. He also wrote in multiple languages; thus, his treatises and discourses were written in a mixture invented by him of Church Slavonic, Ukrainian, and Russian. He wrote fables in Russian “pedantic” (the literary language of the time), and poems and aphorisms, in Ukrainian.
The image of Grigory Skovoroda is on the 500 hryvnia bill.