There are two tall apartment buildings on the northwestern edge of Pripyat. Closest to the traffic police checkpoint is the famous “Fujiyama.” It received this name from the lighthearted Exclusion Zone employees who worked here in the 1990s. There was a ritual for those who worked an entire watch in Pripyat – they would go up after supper to the rooftop of a high-rise building and watch the sun go down. From there, the whole city was visible, in full view, and in the rays of the sunset, its abandoned buildings did not look so gloomy.
The building belongs to the BPS-6 series (16-storey panel house). This is a typical construction for cities in the former USSR. But this particular model is only in three cities: Pripyat, Ukrainka, and Kyiv. The building is oriented to the west, to the emerald landscapes of Polissia. A hundred meters away is the famous Pripyat city sign. 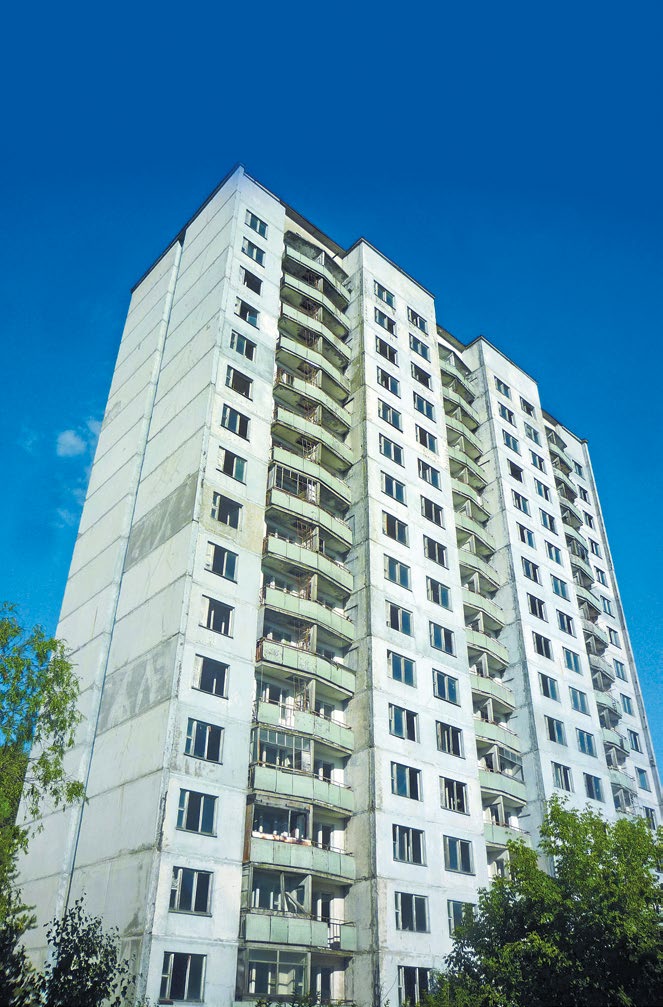 Ornithologists found a kestrel’s nest on an 8th floor balcony – this small falcon settled into the abandoned city rather successfully.
On the ground floor by the elevator is a sign with the list of tenants, which has been preserved since 1986. The surnames are written in black lacquer paint on a stainless-steel sheet, so the list has been preserved like new, the way it was in Soviet times, which now seems almost undisturbed.