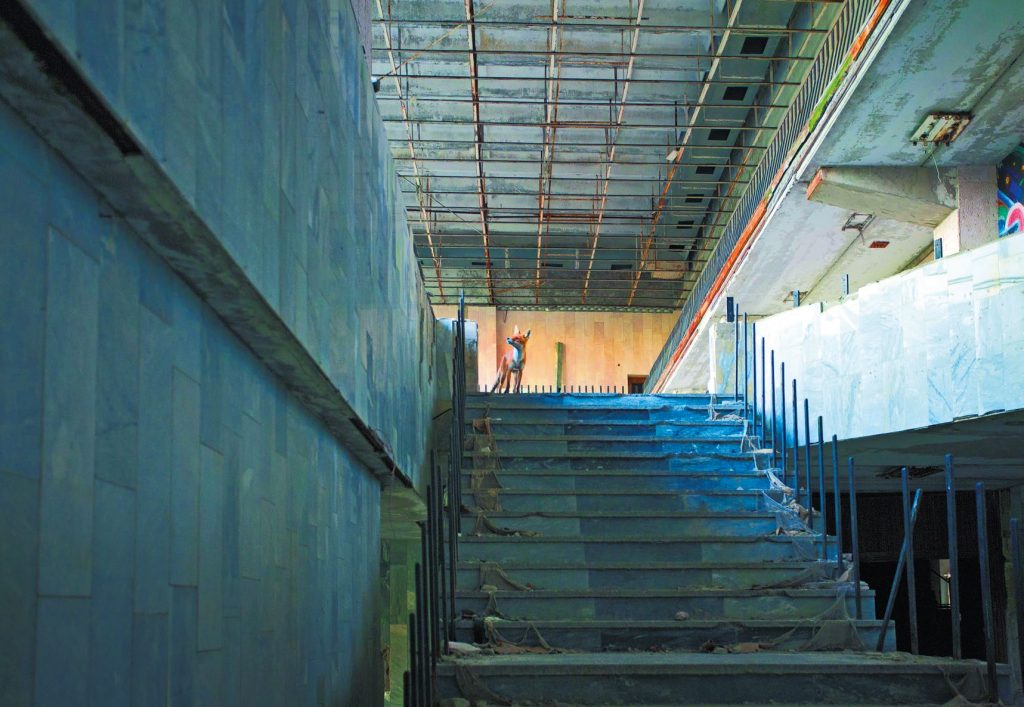 Tame fox Simeon has long been a celebrity. He is not only unafraid of people, but also willingly walks with tourists along the Pripyat and even more willingly accepts a variety of treats. Recently, he has become the star of social networks – “he opened” his own page on Facebook. It is said, however, that taking advantage of the gullibility of visitors to the Zone, several intelligent foxes mimic Simeon’s actions. 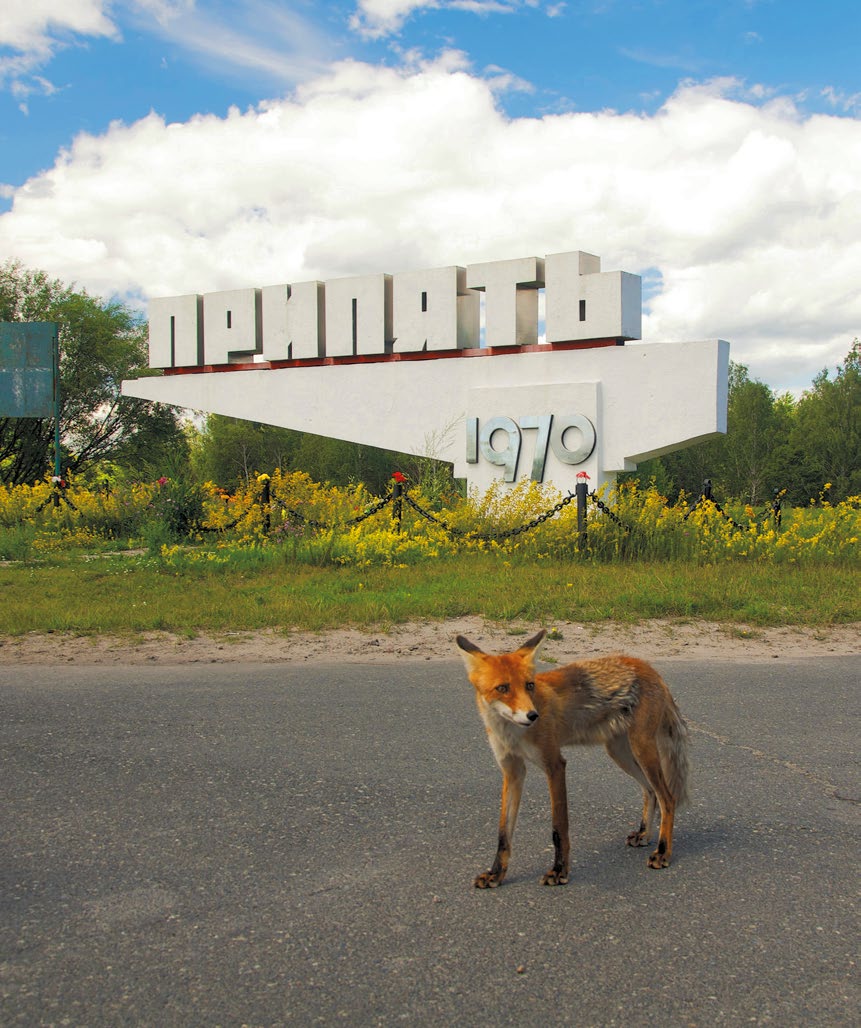 And in September 2018, a picture by British photographer Adrian Bliss contended for the best photo prize in the prestigious competition of the London Natural History Museum. The picture appeared with the caption, “A visit to the school.” It depicts the fox in a classroom in one of the Pripyat schools on a floor strewn with gas masks. And in Slavutych a mural by a famous Hungarian street artist recently appeared with the nickname “TakerOne” – with a picture of Simeon.