Fleet Base in Chernobyl 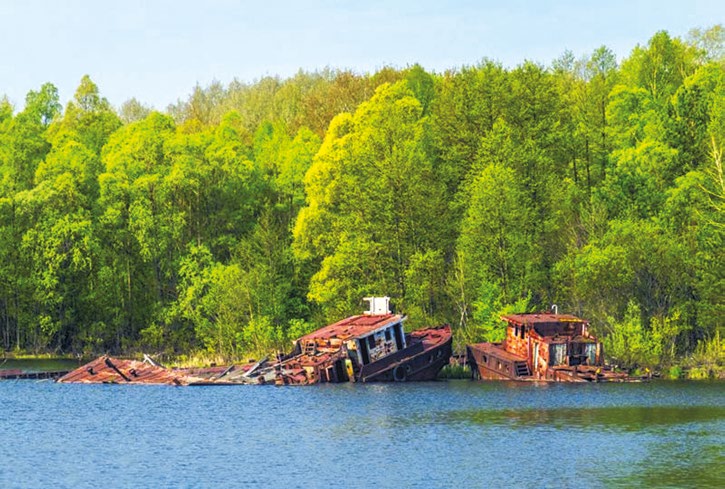 One of the most interesting objects in Chernobyl is the repair and operational base of the river fleet. It is on a peninsula that is formed by the river Pripyat and the Chernobyl backwater. This place is now known as the “Island of ships.” A flotilla of ships stands here on an eternal track – ships, boats, and barges that were taking part in the transport of goods used in the aftermath of the Chernobyl accident.

Many of them were not heavily contaminated by radiation, but were still written off. You will also find there a few high-speed passenger boats that went along the route Mozyr – Pripyat – Chernobyl – Kyiv. Subsequently, part of the ships were cut up for scrap after decontamination. Thus died the famous “Skadovsk”, caught in the cult game S.T.A.L.K.E.R. Today, the patrol boat “Stalker” stays on the river port coast. One of the two remaining Lenin monuments in the city can be found at the Repair Base post.