The Ukrainian flag is most similar to a field of ripe wheat or sunflowers under a cloudless sky. It has two equal parts, a blue band at the top and a yellow band at the bottom. There are several accounts of its origin. It is believed that military units on the territory of modern-day Ukraine fought against the crusaders at Grunwald. The famous Leopolis (Lviv) coat of arms was a golden lion in an azure field. Subsequently, when Ukraine (then Malorussia) was part of the Russian Empire, Emperor Alexander I granted two banners to Zaporizhian Cossack units, blue-and-yellow and yellow-and-blue. The blue-and-yellow flag was also raised in Lviv in 1848 during the revolution in the Austrian Empire. It became the official flag of the Ukrainian state for the first time in 1918 under Hetman Skoropadsky. Although the hetman was soon overthrown, and for several years, governments changed in Kyiv until the establishment of Bolshevik power, the coat of arms, the trident and the blue-yellow (or yellow-light blue by Ukrainian tradition) flag remained symbols of an independent Ukrainian state. 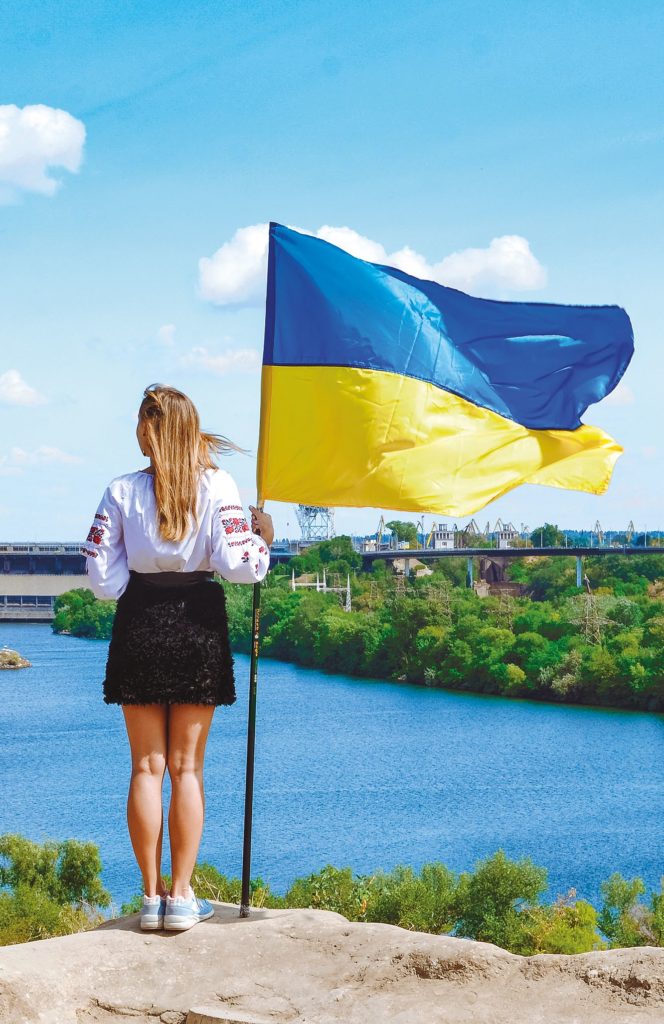 In 1991, after Ukraine gained independence, the Verkhovna Rada (Parliament) adopted the blue-yellow banner as the official state flag. The colors of the national flag are set in different formats (Pantone, CMYK, RGB, etc.) and are strictly regulated. This is also important as there are several similar flags in the world, which, to a degree, cause some confusion – the flags of European cities, Dalmatia, Lower Austria, and the principality of Dholpur.
National Flag Day is celebrated on August 23.

Dear friends, Our publishing house SKY HORSE located in Kyiv, which has issued many books about Ukraine and its capital over the past 12 years. You know that our country is going through a difficult time right now. Alas, we can no longer publish pape ...