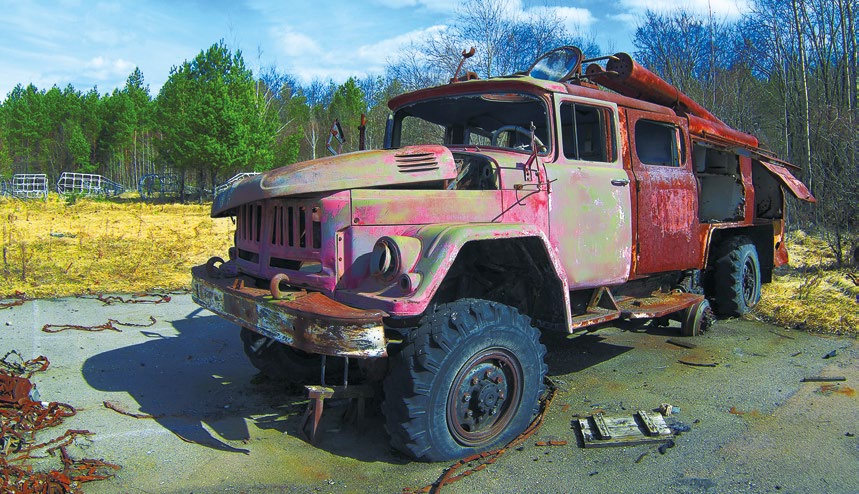 The interesting history of Fire Trucks in Chernobyl.

The workhorse of any fire brigade – the ATs-40 truck – carries on a vigil for almost half a century, despite the fact that many modifications have appeared over the years of its existence. It was made from 1970 to 1984 and was the most common fire truck in the USSR. It was intended for a combat crew of seven people, as well as fire-fighting equipment: water and foam agent, water tanks for 2,100 liters, and a 150-liter tank for foam. The truck used for extinguishing a fire drew water from a tank, an open pond, or water mains. 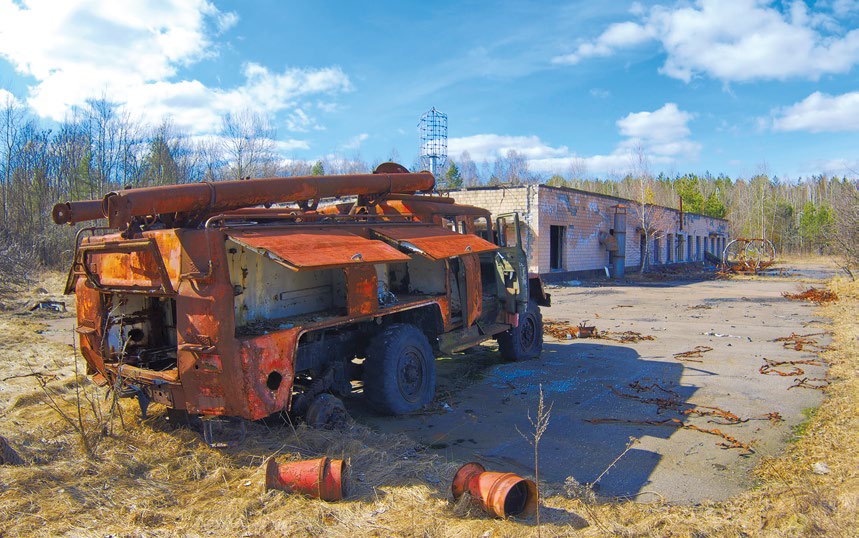 Behind the standard ZIL-131 cabin, a combat crew cabin was welded. A pump and a coil with a hose for a fire hydrant were installed at the rear. On the roof of the cabin was mounted a stationary delivery monitor, which was controlled from the cabin through the hatch. For the convenience of the operator, the seat back in the rear cockpit folded back and formed a platform. On the roof was a pumping unit control panel. Another delivery monitor could be installed for supplying foam instead of water.