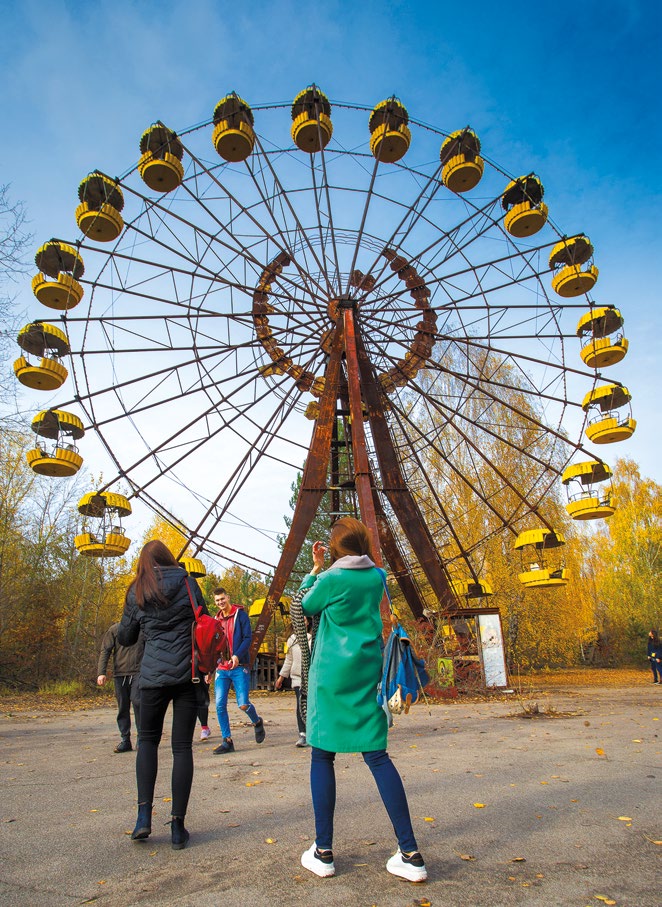 Ferris wheel at Pripyat amusement park in the Ukraine.

The Ferris wheel is one of the most famous objects in the dead city of Pripyat and the entire Chernobyl Zone. Structures like these were made in the USSR only at the specialized plant in the city of Yeysk. This model of the attraction was the most popular and was produced until 1991. Rumor has it that towers for military tanks were also produced at this enterprise.
The Ferris wheel is 24 meters (79 ft) tall, it makes a full turn in 5 minutes. Such “devil’s wheels”, as they are often called, still stand in almost every post-Soviet recreation park. But this one was destined to become a symbol of Pripyat and the entire Exclusion Zone. The attraction was delivered to the city and installed in the spring of 1986. The grand opening of the amusement park and the Avanhard Stadium was supposed to be held on the eve of May 1, 1986. 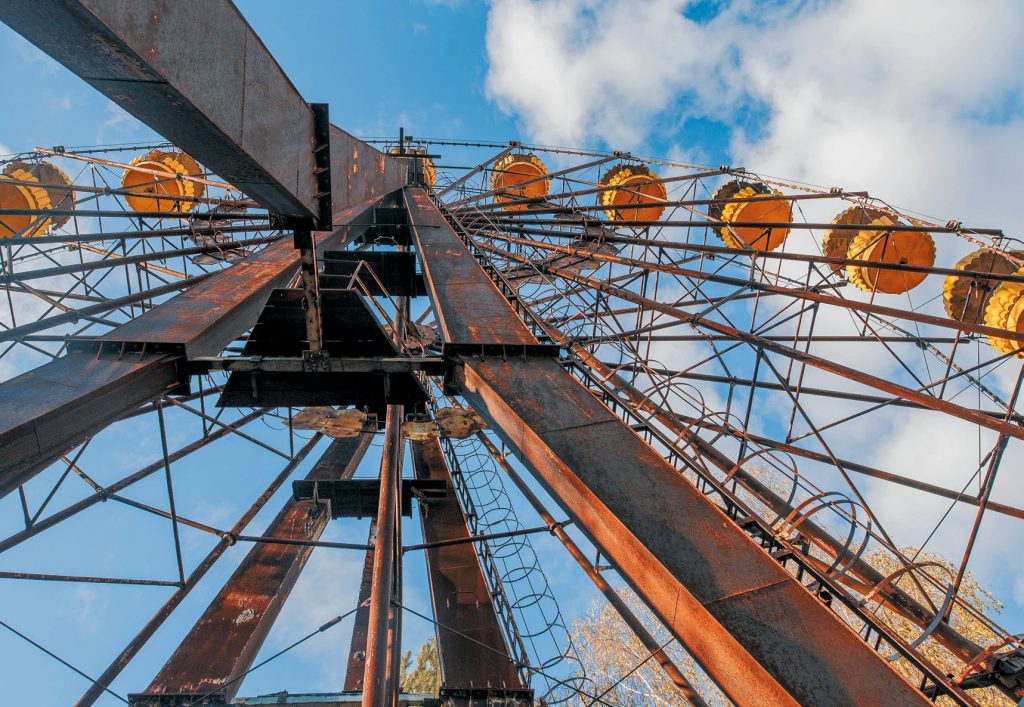 Not so long ago, a clandestine attempt was made to start the wheel unbeknownst by the Zone administration. This led to a huge scandal. It is worth noting that some cabins are pretty radioactive. The Pripyat Ferris wheel will gradually rust, but no one can tell when it will collapse. However, there is a possibility that it will be cut up for ordinary scrap metal by looters. For your own safety, it is better to abandon any attempt to get to its top, although a special ladder is provided for this. Today, the wheel is obscured by trees, but initially it would have been visible from almost anywhere in the city and dominated the skyline.