Evgeny Paton (1870-1953) was born in Nice (France) in the family of a retired Ukrainian Guards officer. He studied at the Dresden Technical University and at the Petersburg Institute of Railroads. Paton was a professor at the Kyiv Polytechnic Institute from 1904 through 1938. In 1929, he founded the school of metal welding. He devised a new high speed method of gas welding that influenced many sectors of metallurgy. Evgeny Paton carried out research on the fundamentals of welding, as well as developing strength and reliability studies of welded structures, and he suggested methods for restoring damaged bridges. Also, Evgeny Paton formulated the basics of submerged-arc welding technology. 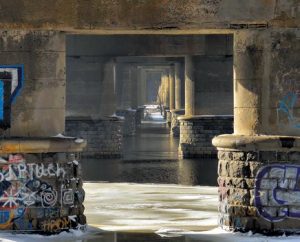 In bridge building, Paton came up with the revolutionary and innovative idea of the all welded structure instead of the traditional riveted design. Rejected at first, this technique was to have a global impact. Using Paton’s method, construction of the bridge across the Dnieper in Kyiv began in early June 1941 but was completed only in 1953, because of the war. This most famous bridge, a wonderful example of the metallurgical art, is now known as the Paton Bridge. This prominent scholar and bridge-builder designed or co-designed over one hundred bridges. Also, Evgeny Paton became equally famous as the founder of the world’s first specialized Electric Welding Research Institute that now also bears his name. 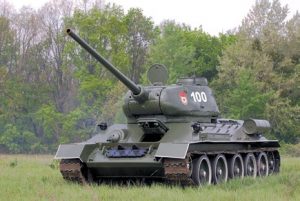 Paton’s new methods of electric welding helped create a new generation of welded structures. During World War II, T-34 tank production was significantly increased due to Paton’s inventions. After the World War II his techniques were successfully used in the building industry. Paton was given many of the highest scientific awards and prizes of the Soviet era. The Paton Electric Welding Institute is now the largest center of welding science. Its researchers have successfully solved the problems of welding in outer space and advances in this field have d haa stimulating influence both on space exploration, and the scientific and technical progress of Ukraine. His son Boris Paton continued his father’s work and also became a world-renowned scholar, becoming Head of the Ukrainian Academy of Sciences.