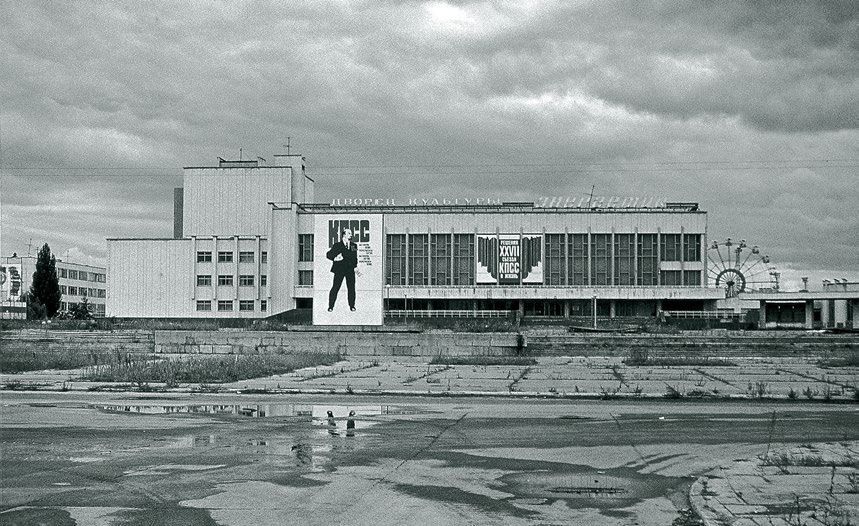 The famous Palace of Culture “Energetic” in Pripyat was built as one of the first in a large complex of buildings on the central square. The façade featured white marble walls while the structure inside was decorated with pink tufa and floors were covered with carpet. The inscription “Palace of Culture” on the roof was illuminated by a blue light, and the word “Energetic” had red illumination. Inside the building, there was the “Edison” disco with excellent equipment; bands, theater groups, and numerous clubs were also accommodated. 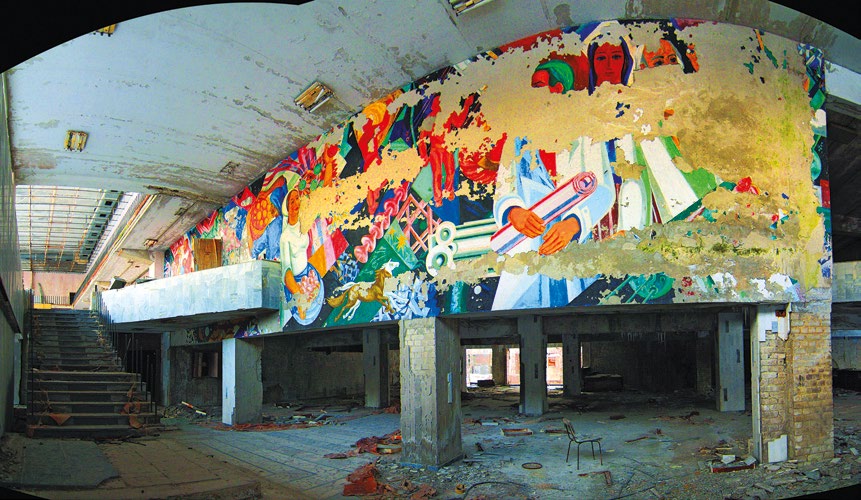 The local library had a wide range of books, many of which were not found even in the Ukrainian capital’s libraries. The building included halls for sports and a swimming pool. After the Chernobyl accident, this central structure became home to groups of liquidators, administrative bodies, and police units. In 2000, it was finally abandoned. It is now considered one of the most popular tourist sites of the Exclusion Zone.