Decommunization in Ukraine started during and after the dissolution of the Soviet Union in 1991.

From 1922 to 1991, Ukraine was a part of the USSR, with the official name of the Ukrainian Soviet Socialist Republic. Despite the formally proclaimed equality of all 15 Soviet republics, Ukraine was considered the second most important and the most economically essential, the so-called “breadbasket of the country” and “management factory.” Thus, in terms of aggregate indicators, it produced about 4 times more than the next republic (in various years, the different republics filled the third position), and also supplied about 25-30% of agricultural products. Ukrainian research institutes and enterprises played a key role in the development of aeronautics, rocket technology, and nuclear energy. After the collapse of the Soviet Union in 1991, Ukraine was the only republic, except for Russia, that had its own nuclear weapons. It is also noteworthy that Ukraine was one of the sovereign founders of the United Nations and always had its own representative to it. When the USSR, the oneparty system, and the power of the Communist Party were abolished in 1990, Ukraine was one of the first to declare sovereignty and introduce its own “parallel” money. On August 24, 1991, independence was declared, and on September 17, the name of the Ukrainian SSR was eliminated from the Constitution. Five days before this, a huge monument to Lenin on Independence Square was dismantled. These were the first acts of de-communization in the country. 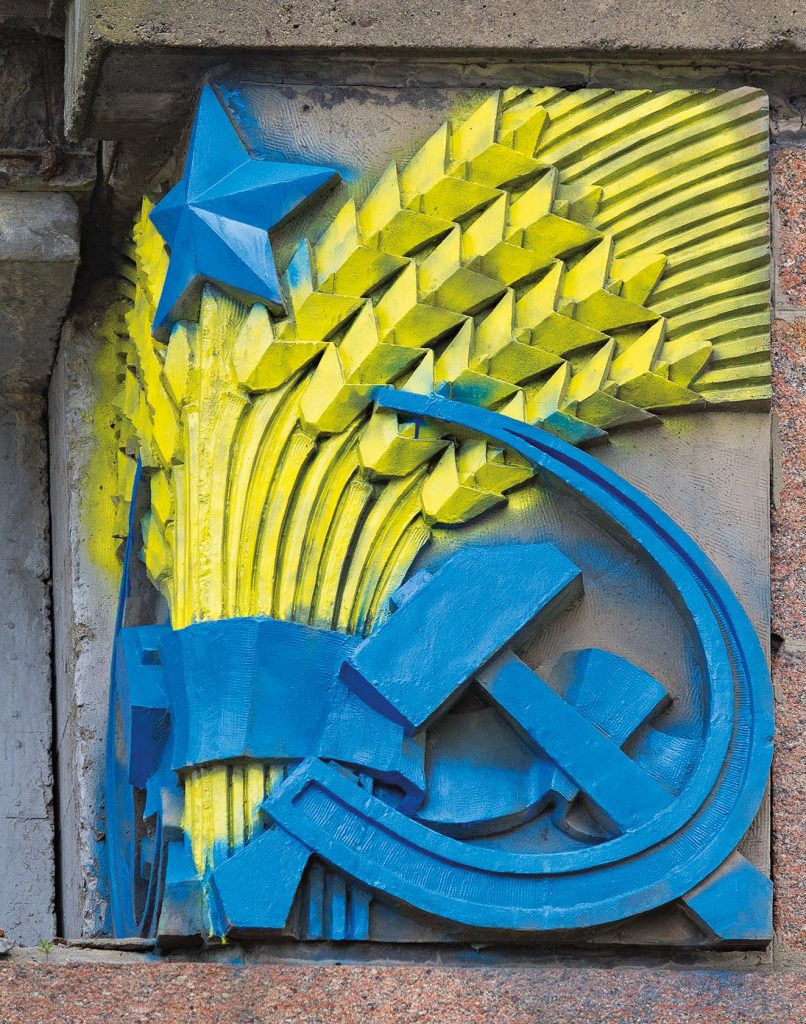 As part of this process, in the early 1990s, textbooks were changed, streets named for Communist leaders were re-named; numerous monuments to the “leader of the world’s proletariat” – the so-called “Leninopad” – have been eliminated. The last significant monument to Lenin in Kyiv was demolished in 2013.
The city of Dnipropetrovsk, named after communist leader Petrovsky, was renamed Dnipro in 2016. New names are being assigned or historic names returned to metro stations, streets, and other urban sites.