The interesting history of Cossack Mamay.

Cossack Mamay is a fictional character from Ukrainian legends and historical songs. In Ukraine, he plays the same role as the famous Captain J. Flint in Europe or the American cowboy Buffalo Bill – an image immediately appears when you hear the name.
Mamay is a Cossack. His motto is “I am Cossack Mamay – do not touch me.” He is fearless, funny, with a devil-may-care attitude. He’s a carouser and drunkard, but can be cruel and merciless. He is a symbol of the Ukrainian people’s freedom and independence.
Mamay is often portrayed sitting cross-legged and playing a stringed instrument, the kobza or bandura. He has a shaved head with a long ponytail on top (an “oselededets”), and he wears baggy trousers (“sharovary”) with a saber on his belt. Next to him stands a horse, behind him is an oak tree, close by is a flask with horilka and some food. Sometimes behind him slain enemies are depicted, or weapons, or beautiful maidens. Each character or object in the picture appears for a reason, they are symbols. A horse means loyalty, an oak means power. But the lance and flask with horilka represent death; these items were put in Cossack graves. 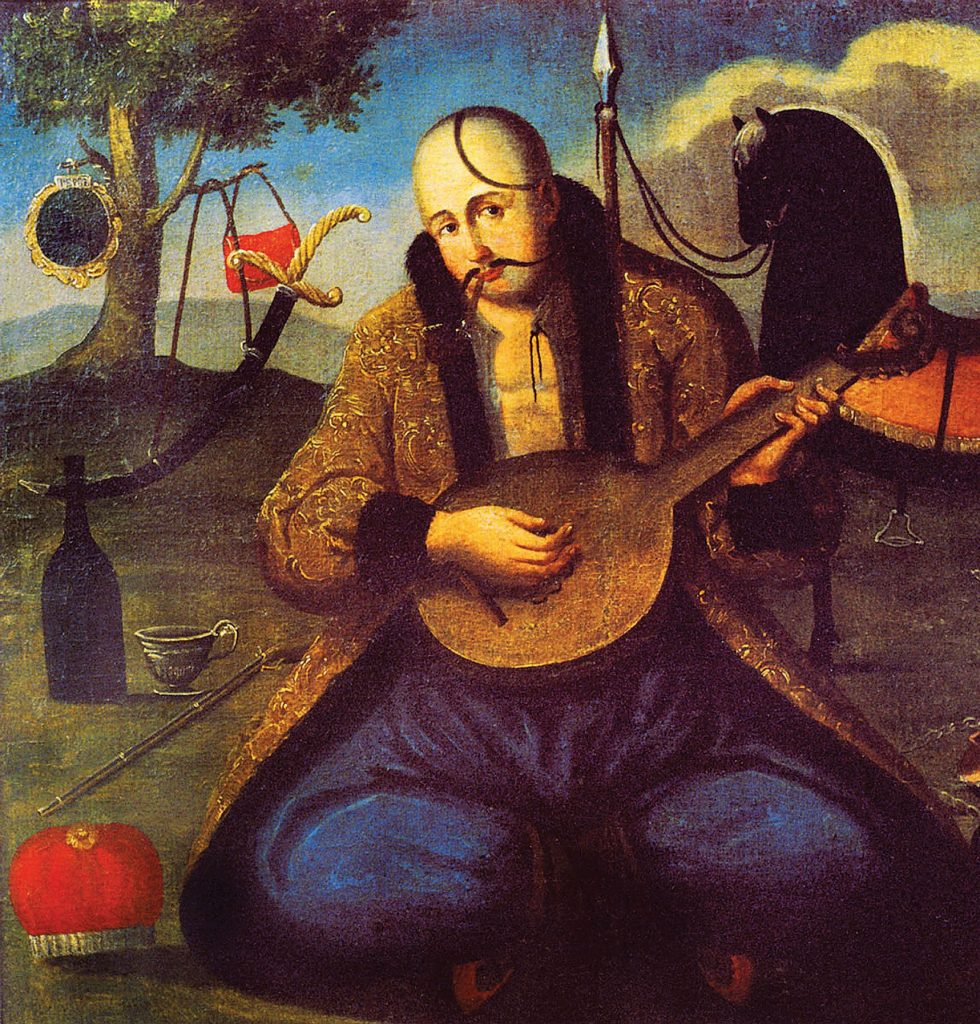 Mamay is depicted this way in paintings and ceramic dishes, embroidered on carpets, painted on houses and walls, and even on beehives. His name, however, is not Ukrainian – it is associated with the name of one of the most famous Golden Horde khans, Mamai. But this does not prevent him from being a national hero. It’s possible that the image of Mamay is as common in Ukrainian homes as icons. Since gaining independence, sculptures in his honor began to appear in different cities around the country, and in 2001, a monument to Cossack Mamay was erected in Kyiv on Independence Square.