A women’s Corals necklace is a multifunctional thing: it is not only a beautiful decoration, but also a status symbol, a magic talisman, a charm, and a safe investment. No matter how long and large a necklace is, it certainly falls on the solar plexus. The largest stone or pendant hangs in this spot, protecting the owner from the evil eye and evil spells. Patterns, knots, and braiding also have sacred meaning.
A Ukrainian woman’s formal attire is inconceivable without a magnificent necklace. The most popular of the many kinds of jewelry in Ukraine has always been coral, which is called “the right necklace” or “the wise necklace.” Coral necklaces were given in dowries, handed down, and constantly refurbished with new thread. These beads were very expensive, as they were brought from Venice.
The most affordable were considered “spiky” corals, thin unpolished fragments of twigs shaped in a curved cylinder of faint colors; the most expensive are large oval and cylindrical beads, “barrels” of bright red color, so-called “meat” corals, which were often braided with silver. In different regions of Ukraine, strands of corals were augmented with a variety of ornaments – silver and glass beads, coins, images, crosses. The richest women could have necklaces with as many as 25-30 strands, decorated with coins and beads made of gold. A necklace like this was a family heirloom and cost much more than many houses, and could save the family from starvation and ruin in a difficult time. This kind of necklace was listed as a separate item in wills. 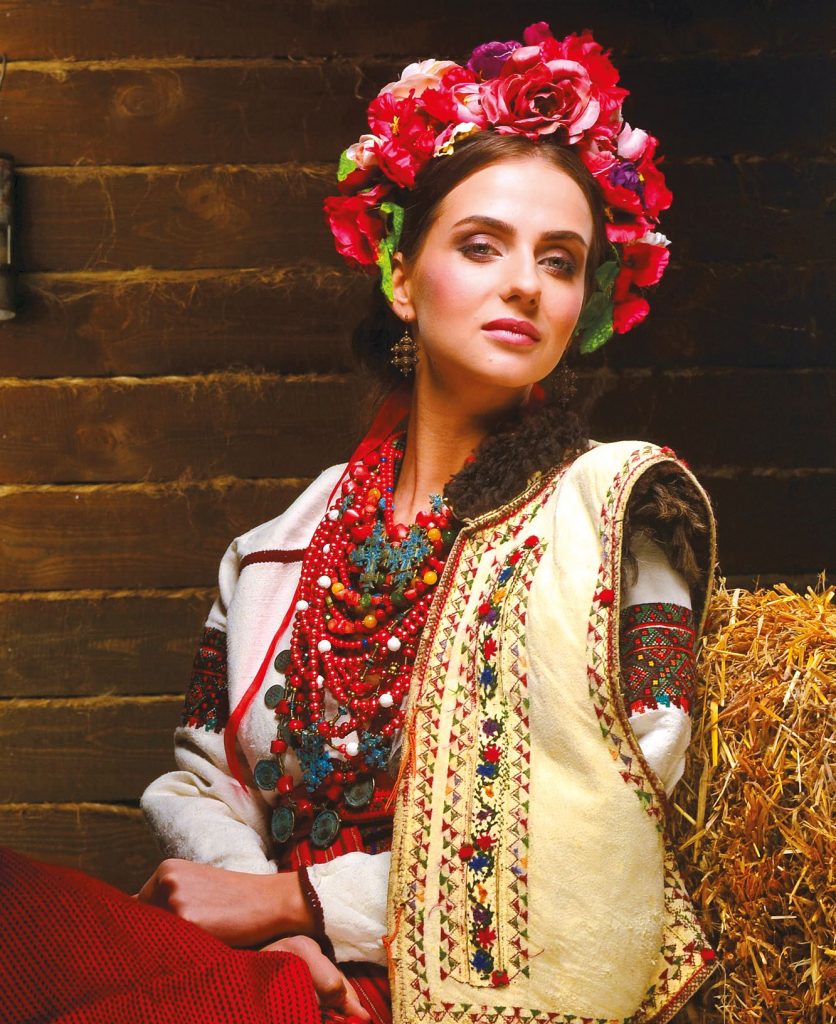 Corals were also attributed magical and healing properties; it was believed that they bring good luck and wealth, and strengthen the gift of foresight. And it’s no longer just a lovely fantasy, but the truth – a coral really responds to its owner’s condition: it dulls when she is ill, and “blooms” when she is healthy. A coral reacts especially quickly to heart problems, it turns pale.
Well, for those who cannot afford real corals, imitations are sold at fairs, made of resin, glass, or ceramic. Traditional reddish-brown necklaces from cylindrical baked clay beads are still in fashion. And in recent decades, large wooden lacquered beads have become popular.