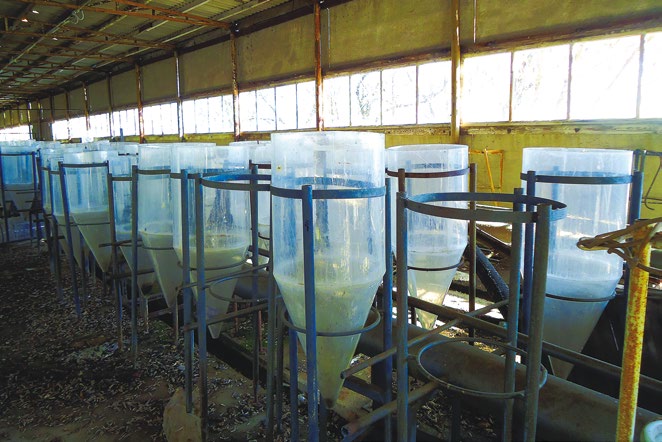 This artificial reservoir was created in 1976 to cool the Chernobyl NPP power units. Its area is 22.9 sq km (8.8 sq mi). In the first 10 years of its existence, it became a favorite fishing place for locals and station workers. It is known that on the night of the explosion there were fishermen here. Some of them subsequently died from radiation sickness. 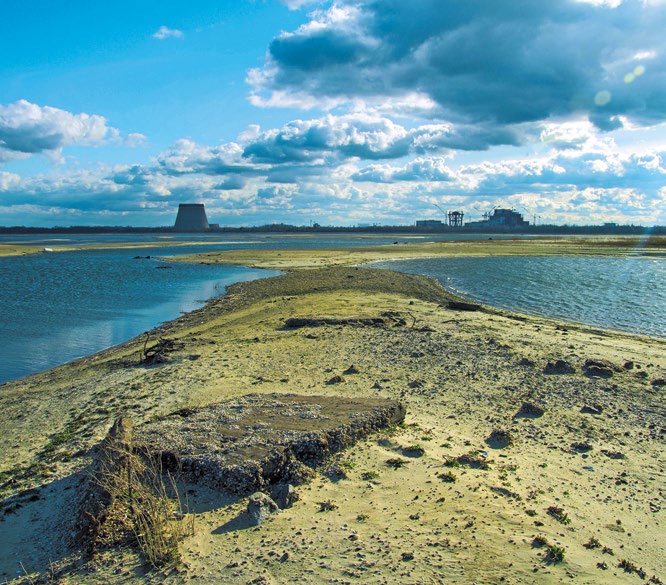 In the direction of the third stage is an experimental fishery – it was abandoned in 2008. They were studying the effect of radiation on fish here. Unfortunately, after several years, almost all the exhibits left by scientists during the conservation of the station were destroyed by unknown vandals. The different types of fish and other aquatic creatures that were preserved in alcohol have been destroyed. There is a fairly high level of radiation in the vicinity of the former fish farm. From here begins a spit more than 5 km (3 mi) long, dividing the pond into two parts for water circulation. North of the fish farm is the cemetery of the former village of Nahiry, which was flooded during the pond’s creation.