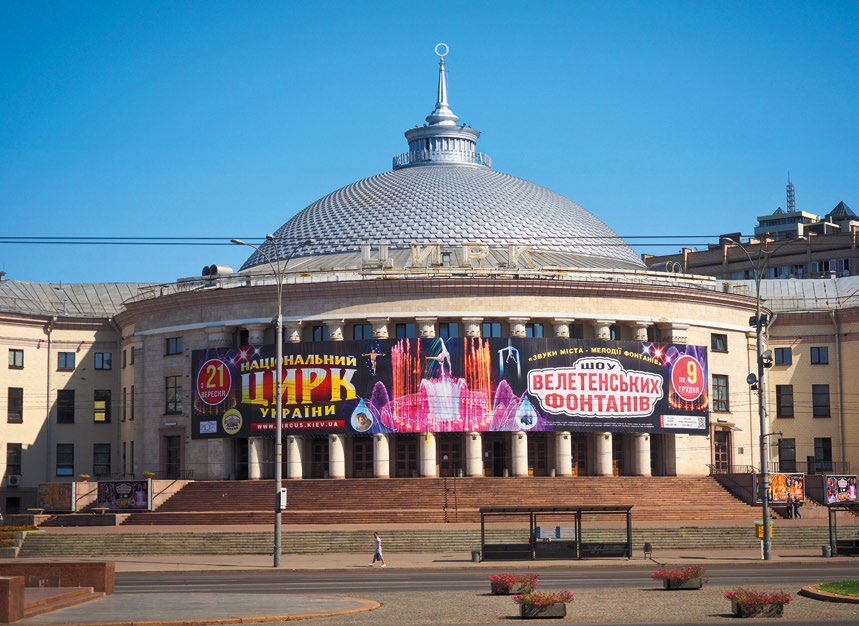 The interesting history of Circus in Kyiv.

The Kyiv circus building on Peremohy (Victory) Square opened its doors on 5 November 1960. The architect Vladimir Zhukov created the largest domed building in Kyiv. The audience capacity of the circus is 2,000 people, but tickets are often sold out weeks and even months ahead of a performance. The circus building keys nicely with the neighboring architecture – the Lybid’ Hotel and the Ukraine department store. The look of today’s square was established after World War II. Before the circus, stood the farmstead of St. John Chrysostom’s Church, with a busy merchandise and food market nearby, also known among folks as the Yevbaz (Jewish bazaar).

This lowland area frequently suffered from flooding of the Lybid’ river, which is hidden under the square, and Skomorokh creek that also runs close by. It took a lot of skilled work from various professions to prevent these recurring disasters for good. But then it became possible to build permanent structures on pilings. The monument to the “Hero City” Kyiv (after WWII many cities were designated “Hero Cities”) can also be counted as part of the square, as well as the symmetrical rows of poplar alley that connect it to Taras Shevchenko Boulevard and Peremohy Avenue. Peremohy Square is always crowded for shopping, business and the busy hotel.