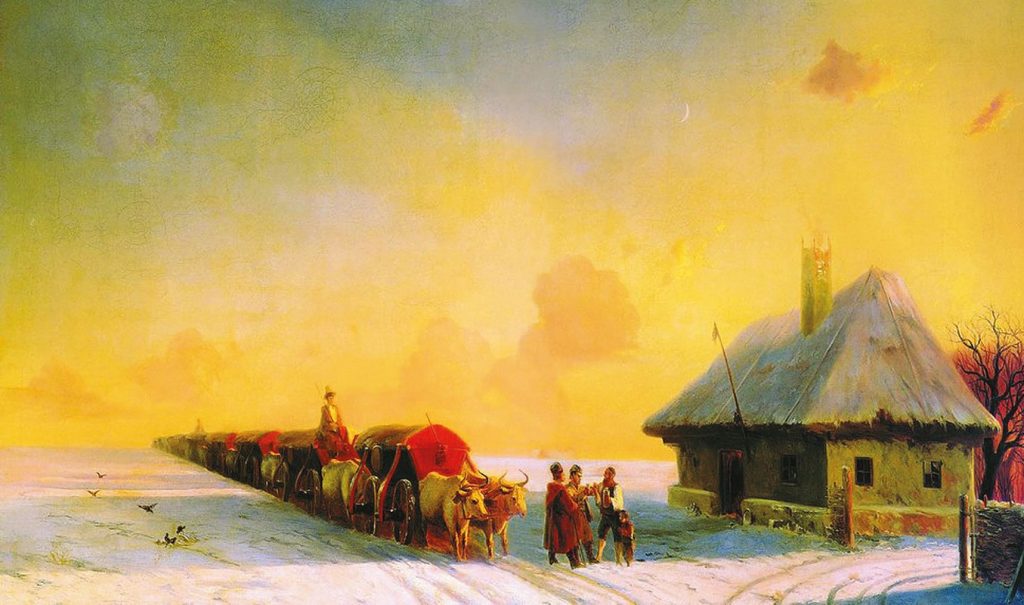 Chumaks were merchants who transported a variety of goods to Ukraine from the Black and Azov Seas, including fish, wine, and the most important product, salt. They did business with the Turks, Serbs, Poles, Crimean Tatars, and Zaporizhzhya Sich, whose economy largely depended on them. Before the advent of railways, they were the main commercial shippers. The road from Ukraine to the south was long and dangerous, so a large team was assembled – a “valka,” like a Middle Eastern caravan, with no less than 40 wagons. The massive, sturdy, and very strong “mazhi” (carts) could hold up to 60 poods (about a ton) of salt. Two or four long-horned oxen of a special Bessarabian breed were yoked to them. Along the way, Tatar and Cossack bands or simple robbers invariably attacked, so they were well armed and ready to fight back against any enemy. In addition, mercenaries were hired to accompany the valka, one for every four carts. They were paid from 8 to 10 rubles in silver for their work. If the chumaks were attacked, they put the carts in a circle, forming a “camp,” and fought off the enemy outside the walls of this improvised fortress. The most experienced ataman (Cossack leader) who knew the road well led the caravan. 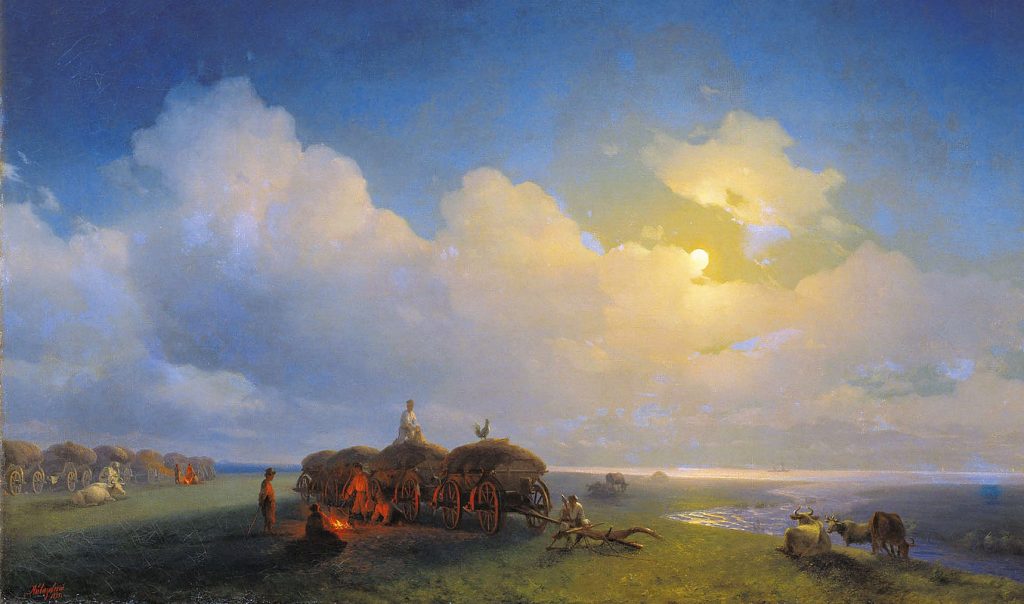 Some think that the word “chumak” has Turkic roots and denotes a mace or one who carries it. However, Ukrainian legend has it that the name comes from the practice of smearing clothes with tar to ward off “chuma,” the plague.
The Ukrainian name for the Milky Way, Chumatsky Shlyakh (Chumak Road), is testament to the significance of chumaks in Ukraine.