But it is another culinary legend (Chicken Kyiv) that ranks alongside Kyiv torte and its origins are shrouded in similar rumours. They say, in the late 19th century, at the Kyiv restaurant, this “cutlet of poultry” (côtelette de volaille) was recreated to leave a wing bone so that the cutlet could be eaten with the fingers. This unusual dish was quickly appreciated throughout the Russian Empire where it was at that time, referred to as the cutlet Kyiv-style. An alternative story is that in the 1930s, one Kyiv chef dared to make cutlets for the party grandees that were filled with butter and also deep fried. The dish tickled the palates of the party bosses, who from then on, decided to make it a kind of visiting card of Kyiv. And so the cutlet began to be served in the Intourist hotel chains to foreign tourists. There is also a third version. The cutlet Kyiv-style was first cooked in the capital city in 1918. It was not particularly popular until a Ukrainian delegation returning home from Germany dined on the cutlet Kyiv-style as the principal meal. So, the origins of Chicken Kyiv are disputed to this day. 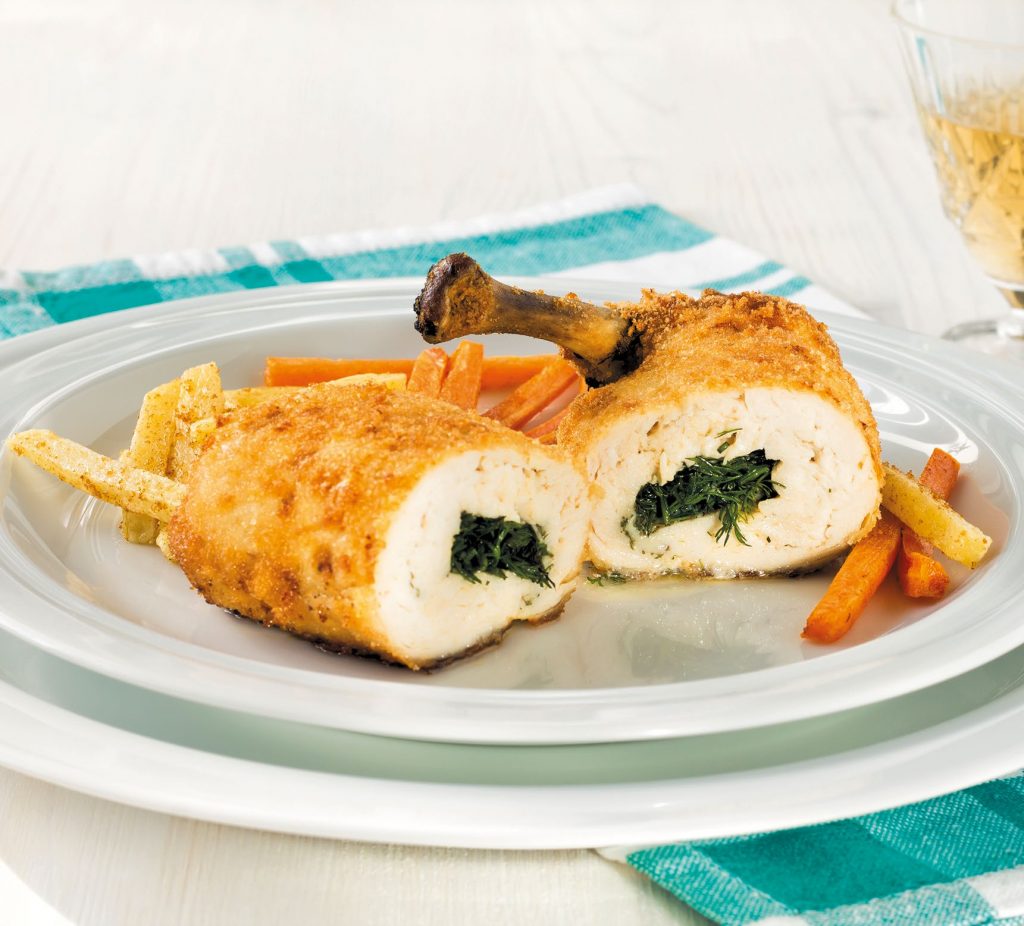 The authorship of Chicken Kyiv.

The French claim its authorship as the cutlet “à la Kiev” was made in “de volaille” style. Russians believe it is their invention, and after all, Kyiv was part of the Russian Empire at the time. Americans attribute this dish to themselves, arguing that the name “Kyiv-style” arrived with Ukrainian emigrants who often ordered such food. In English, the dish is known as Chicken Kyiv, i.e. Chicken Kyiv-style. Kyivans do not participate in these discussions and prefer just to eat it. Now the cutlets are served in Kyiv everywhere – in cheap cafes and in high class restaurants. Its recipe varies slightly depending on chef’s preferences and skill, but one thing remains unchanged: the distinctive taste of tender chicken meat au gratin, stuffed with soft butter and greens. And it is virtually impossible to find a Kyiv restaurant where Chicken Kyiv is not on the menu.