Kyiv Main Post Office (Glavpochtamt) with its imposing entrance – a massive portico and columns — faces Maidan (Independence Square).It is the start of the so-called “Administrative Arc”; the group of buildings that stretch along Khreshchatyk to the Central Department Store TsUM. All of them were built in the early 1950s on the ruins left after the war. The authors of this large-scale project were architects Boris Priymak, Vadim Ladnyi and Victor Elizarov. The solemn exterior of this building belies its lofty interior: huge halls with marble floors and columns, high ceilings with stucco molding, and light cabinet windows – overall inside it is rather romantic and uplifting. The myriad windows as well as colorful pictures of city landmarks in the main hall are pretty impressive. The smaller hall to the right offers a wide selection of postcards and stamps for your letters and parcels. Or to add to your stamp collection! 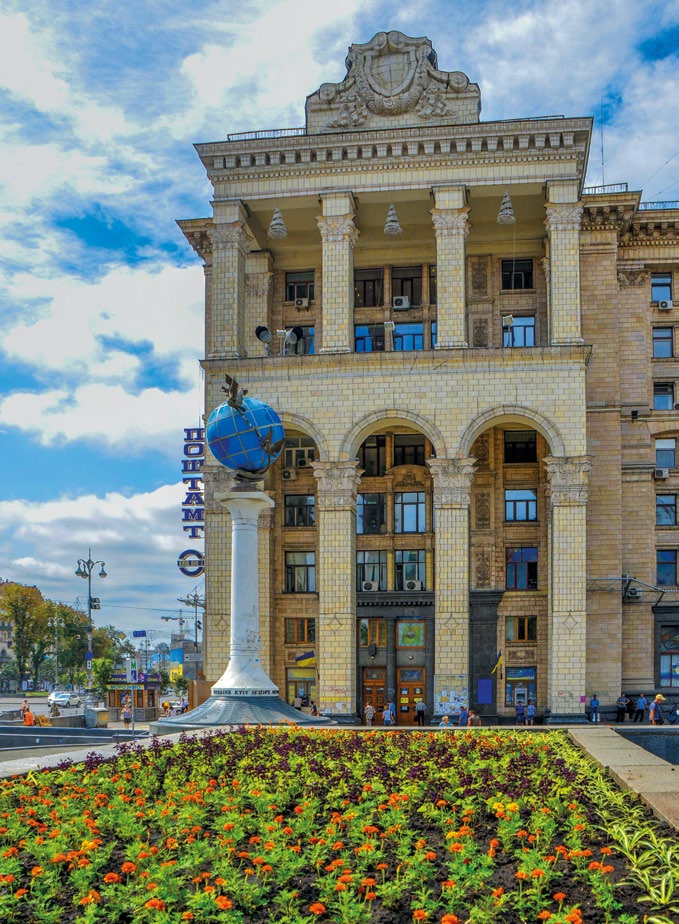 Construction of the Central Post Office and Communications House was completed in 1957. In August 2, 1989, the porch of Central Post Office partially collapsed during a heavy rainstorm, killing a dozen people and injuring others. The porch was rebuilt in the following years reproducing the original design – but stronger. The Post Museum was opened here in 1996. Its exhibits includes 19th-century mail magazines, old stamps, a collection of postcards with images of postal transport and much more.