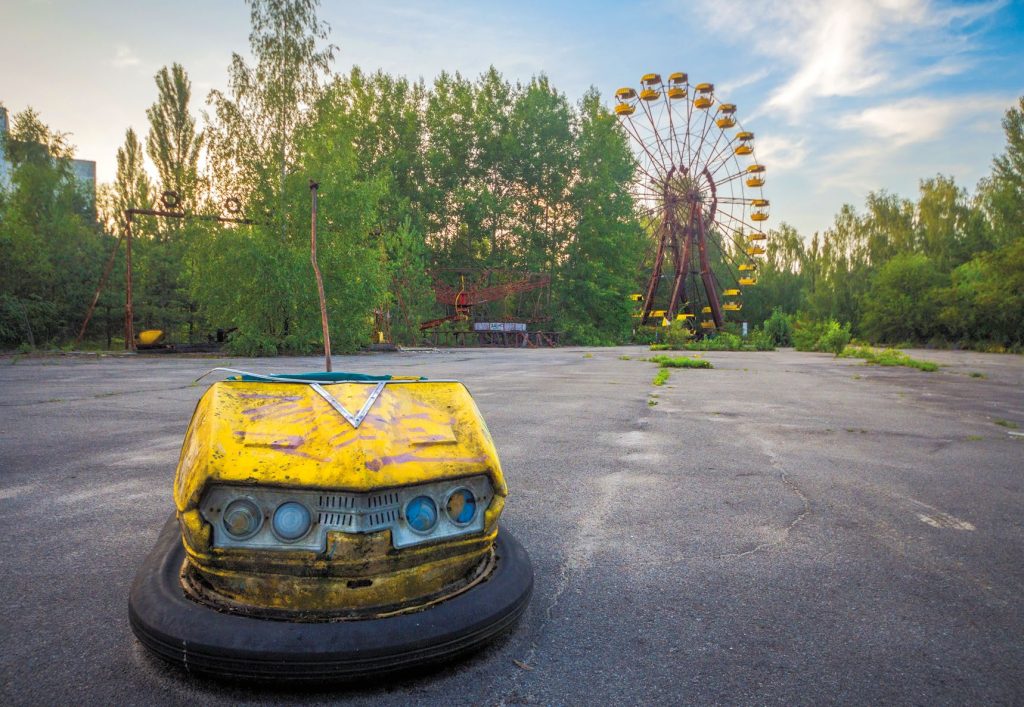 In the USSR, where amusement parks were encouraged by the state as a type of collective leisure and were managed by the Ministry of Culture, a standard set of park amusements was designed at the Institute of Cultural Equipment, and made mainly at the specialized Yeysk plant in Krasnodar Krai. It included 8 rides, but only two were crowd-pleasures; the rest were not popular with the public. However, they were ordered (compulsorily) and forced on all the parks. The rides were subsidized by the state, their production was cheap: the designs were purchased in Japan, and then Soviet engineers adapted them to local conditions, simplifying them, removing extras and making calculations for cheaper materials. 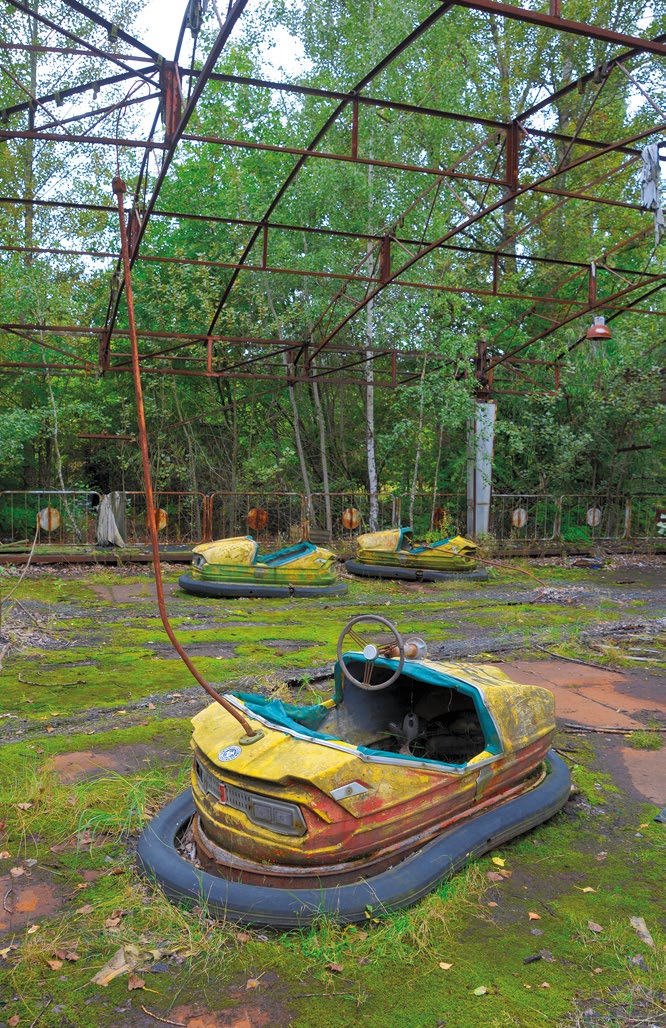 The “Autodrome”, not included in the mandatory set, was one of the most popular, but it was difficult to get. Rich collective farms, for example, received bartered for bumper cars in exchange for food products. In Pripyat, the exemplary city of nuclear scientists, the attraction was installed when the park was laid out. These cute little cars, dying from time, bad weather, and loneliness in an abandoned city, look so sad and touching that the most visited attraction before the Chernobyl NPP accident became one of the Zone’s cult sites after the disaster.