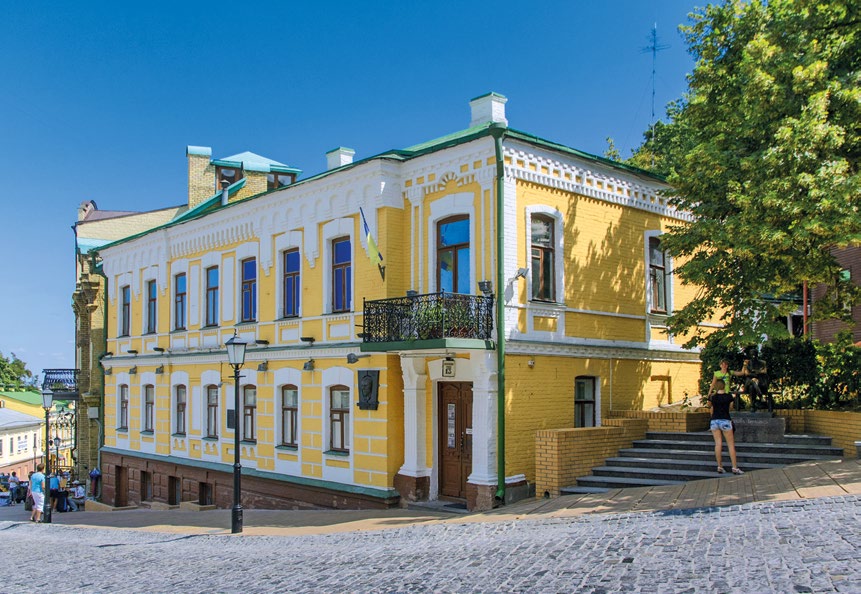 In this fantastical house, as Mikhail A. Bulgakov himself described it, the Bulgakov family lived for 13 years (from 1906 to 1919). It was built according to the plan of a talented architect Nikolai Gordenin for the family of merchant Litoshenko. Then the building passed into the ownership of another merchant and honorary citizen of Kyiv, Z. Mirovich. The Bulgakov family rented the second floor and paid 720 rubles a year for the privilege. In 1909, the house again changed hands and passed into the possession of architect Vasili Listovnichy. He and his family lived on the first floor. In 1919, the Bolshevik government arrested the owner and shot him when he tried to escape. 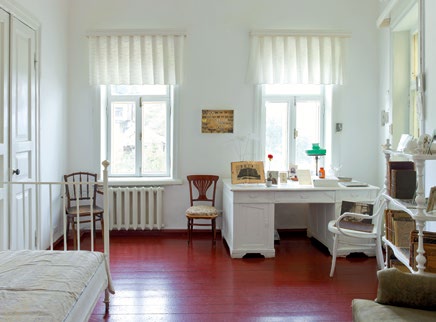 The same year the building was nationalized, and the Bulgakovs themselves had to promptly vacate their rooms. This house is renowned throughout the world not only as a place where the future great writer lived, but as the house the characters from his immortal novel “The White Guard” and his play “The Days of the Turbins” lived. These works are about the fifty-one days spent by the Turbin family in Kyiv during the civil war. Mikhail Bulgakov changed the name of the street: the present St. Andrew’s Descent is called Alekseevsky Descent, but the No. 13 he describes corresponds to the current real address. Open since 1989, the Literary-Memorial Museum to Mikhail Bulgakov contains an exhibition of nearly 3,000 items, 500 of which once belonged to the Bulgakov family. Over the years the museum has received many thousands of visitors.