A Bulava is a kind of club/weapon in the form of a thick stick with a heavy end.

There are several symbols of power that are given to the Ukrainian President on inauguration day: the Presidential Standard of the Ukrainian Flag, the Presidential Sign (collar), the Seal of the President of Ukraine, and the Bulava (Mace) of the President of Ukraine.
Although it is not used as a weapon, the weight of the silver presidential mace is 750 g (1.65 lbs), which is as heavy as ones that were used as weapons in the Middle Ages. The round part, the so-called “apple,” is decorated with 64 precious stones in gold plating. The handle has a secret – a three-edged blade that ejects when a special button is pressed. On the blade is engraved the Latin “Omnia revertutur” (“Everything returns”). 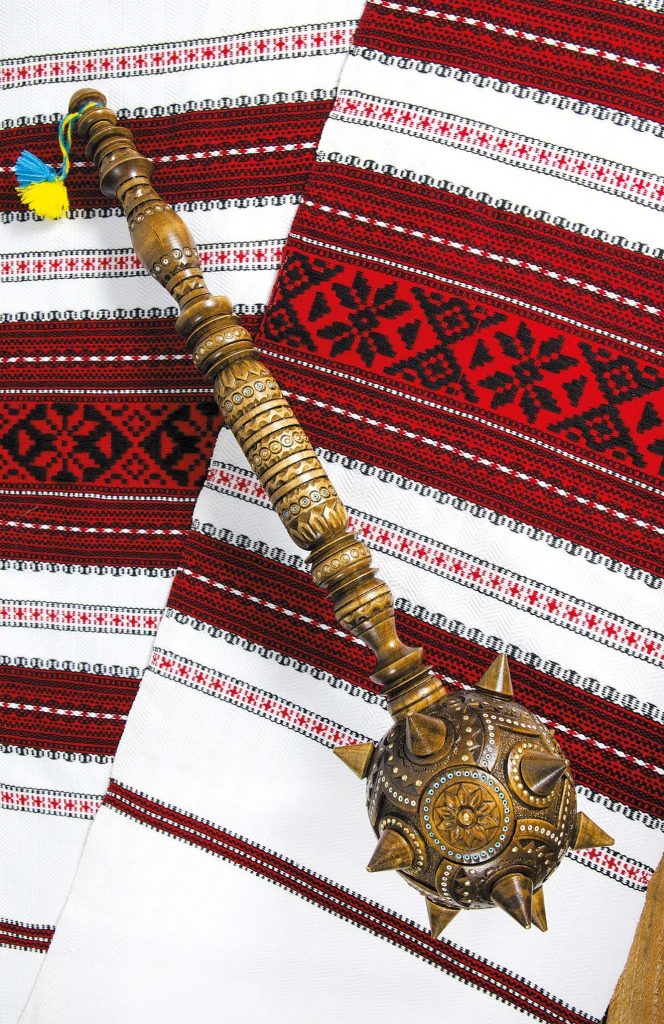 The mace is an ancient symbol of power, used by many nations, such as Poland, Russia, and Turkey. In Ukraine, it was wielded by hetmans, colonels, and atamans of the Zaporizhzhya Sich (the union of Cossack military camps in the 16th-18th centuries). It was used as a weapon for thousands of years, but its widest use was in the 13th-17th centuries with the development of the king’s cavalry. Later, though, it lost its practical usage.
Every tourist can feel a bit like a Ukrainian hetman by buying a decorative wooden mace. They are sold in all the souvenir shops or on Andriivskyi Uzviz in Kyiv.