The Bridge of Death is the main entry point to Pripyat and connects it with Chernobyl Town.

This is what people call the automobile bridge on the central road leading to Pripyat. It spans the Chernihov-Ovruch railway line at the station Yanov. From it, the city of Pripyat and the Chernobyl NPP are perfectly visible. Before the accident, Pripyat residents occasionally called it the “Humpback Bridge.” The name “Bridge of Death” came into use after the disaster. According to one version, on April 26, the nuclear scientists’ children ran here to look at the burning station and received huge doses of radiation. 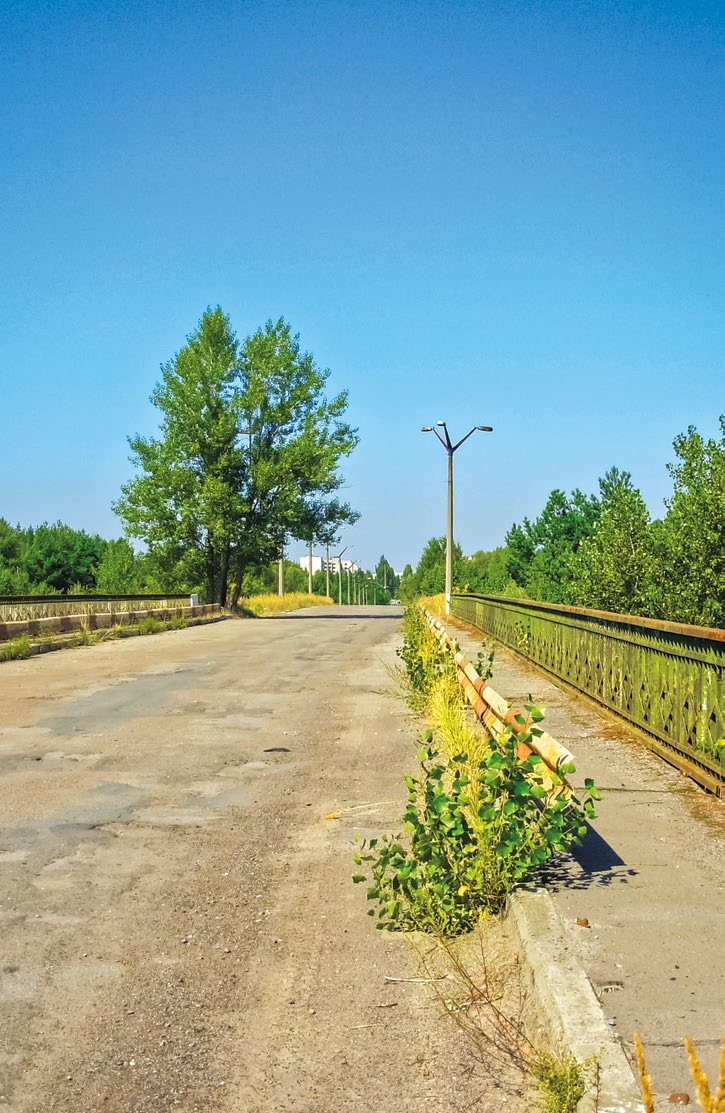 According to another version, policemen blocked entrance to the city here. But both versions converge: they all later died from radiation. According to a third version, on the day of the disaster, a radiation reconnaissance armored vehicle shot a motorcyclist traveling from Pripyat.
The so-called Western radiation trail passed across this bridge. That is why there really was a very high radiation background level. During an excursion in the Exclusion Zone, you will definitely cross this bridge.