In Spain, it’s gazpacho; in France, bouillon; in Ukraine, borsch. King Henry IV of France said that his goal was to create such a rich country that there was a chicken in the pot of every Frenchman. In Ukraine, borsch was long considered such an equivalent of wealth. There are a great many recipes for this dish, but the main ingredients remain the same: rich broth (usually pork or beef), beets, tomatoes, carrots, cabbage, and potatoes. It is the beets and tomatoes that give the soup its famous rich garnet color. Therefore, the peak of borsch’s popularity in Ukraine came in the second half of the 19th century, when beetroot was grown all over the country, and it became one of the most affordable and inexpensive root crops. Since then, borsch has never yielded its position to any other soup. 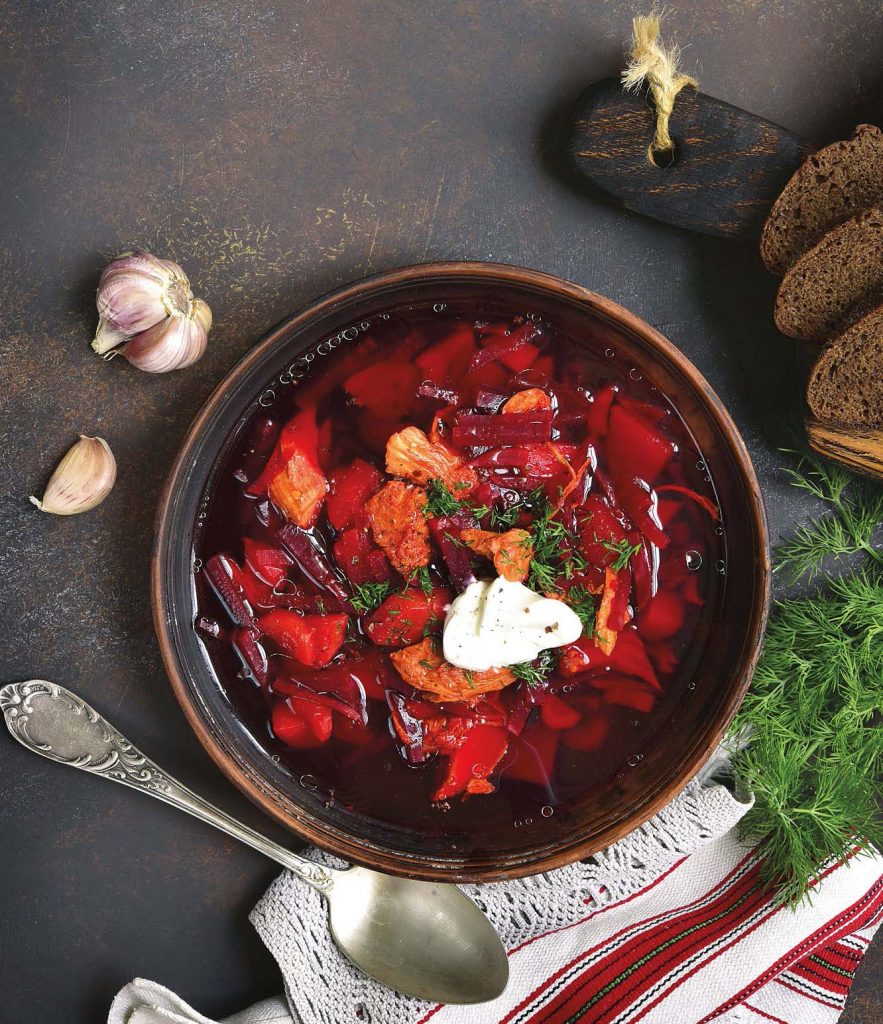 An important condition is “that the spoon should stand,” that is, that the borsch is very thick. Further, each cook is free to act in their own way. Some prefer to add beans and prunes to borsch; others, mushrooms, onions, or bell peppers. Some recipes advise to fry the vegetables before cooking; others, to add them only raw. However, the soup is served traditionally: hot, with sour cream and bread. Moreover, it can be with black (Ukrainian) bread – then it is served with thinly sliced chilled salo and a few cloves of garlic –or white pampushki (yeast rolls) with garlic butter. It’s impossible to say which tastes better. Borsch is excellent snack with cold horilka, especially in winter. There is also a summer version of borsch, the so-called cold borsch, and spring variety, green borsch. In modern Ukraine, it is a obligatory dish on the menu of any national cuisine restaurant.