When the rubble was shoveled aside near the destroyed 4th power unit of the Chernobyl NPP, highly active fragments were loaded into special 1-cubic-meter (35-cubic-ft) containers made from a metal grid. Then they were laid at the base of the walls of the Shelter and covered with concrete. 1,145 of these boxes with radioactive waste were buried only at the very beginning. 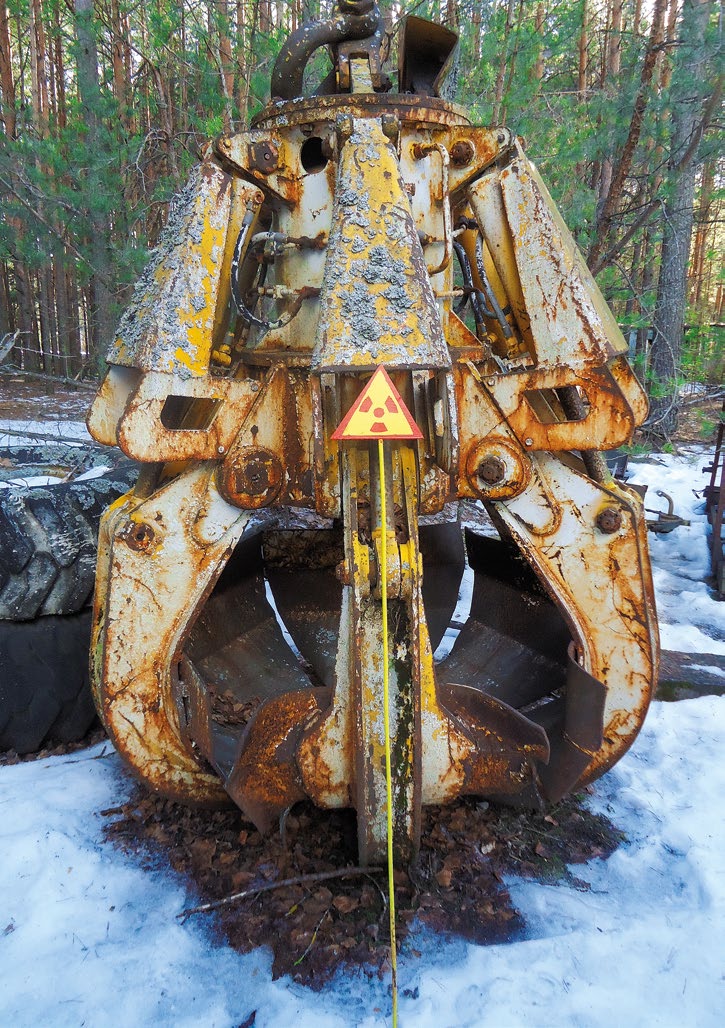 The huge grab bucket, which captured these fragments and materials, is the most radiation-dangerous object in Pripyat. It was thrown, literally, in the middle of the road, and today, more than 30 years later, the exposure dose rates on its surface range from 2 to 4 mR/ hour, which is 200 times more than natural background levels. Because of such a high level of radiation, this object is one of the abandoned city’s attractions that reminds visitors of the consequences of the disaster. Its name is Bucket, with a capital letter.