Beregvar (Schoenborn Castle), one of the most beautiful castles in Ukraine, is not far from Mukachevo. It was the residence of the Schoenborns, Austro-Hungarian aristocrats who become the most influential nobles in the Transcarpathian region during Austro-Hungarian rule, after the defeat of Ilona Zrínyi.
Even though the castle looks like it came straight from illustrations in a medieval novel, it is actually quite young. It was built in 1895, in the historical style that was popular at the time, combining elements from different periods. It not only reproduces similar old buildings, but it is also enveloped in mysticism: every architectural element is not only functional, but also endowed with symbolic meaning. At the corners of the castle are four towers, representing the four seasons. There are 12 entrances into the castle, like the months of the year, and 52 chimneys, according to the number of weeks. Throughout the palace, there are 365 ordinary windows and one hidden (because of the extra day in a leap year). And this is only the beginning of a long list of Beregvar’s features.

There was a reason that, shortly before World War II, Heinrich Goering was eager to buy it. The castle is surrounded by a vast English park, which is partially designed as a landscaped garden and partially as a spot of wildlife. At first glance, the man-made lake in the center of the estate has a natural outline; in fact, its banks are a map of the Austro-Hungarian Empire of that time. 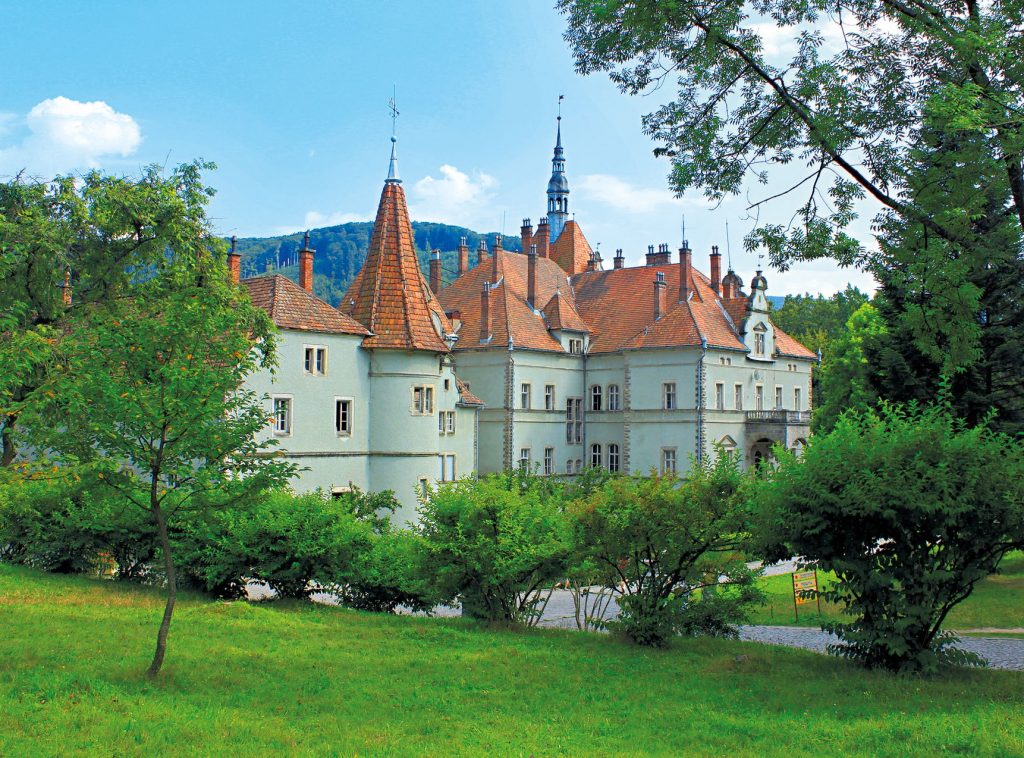 The estate has a Beauty Spring, with healing mineral water. According to legend, anyone who bathes in the water will retain their radiant youth for a long time. Another attraction on the estate is the Rock of Love; there’s a wonderful view of the surrounding landscape here. The castle has its own ghost, a lady in black attire, the spouse of one of the counts, falsely accused by him of unfaithfulness.
In Soviet times, the castle became a sanatorium, and it retains this status today. Nevertheless, movies were filmed here, including a favorite fairy tale of Soviet children, “The Snow Queen.” The sanatorium building is, of course, closed to visitors, but the estate is open every day from 9 a.m. to 5 p.m.