The Berdychiv Fortress is the fortress-monastery of the Order of the Discalced Carmelites in Berdychiv is a majestic architectural complex built at different times and in different styles, from baroque to classicism.
At the end of the 16th century, Lithuanian governor Jan Tyszkiewicz began to build a castle. In 1627, he was captured during the Crimean campaign, and he dreamed of monks praying for his release. He really was freed in a miraculous way and, returning home, he met the monks of the Order of the Discalced Carmelites (one of four mendicant orders). In gratitude for his deliverance, he gave them the castle and money for further construction. After 6 years, an underground church, monastic cells, trade, and other household buildings were erected. The walls were also fortified, which turned the monastery into a fortress, equipped with additional defensive ramparts and a drawbridge. There was always a garrison in the fortress. This is the only example in the world of monks building fortifications around a monastery. 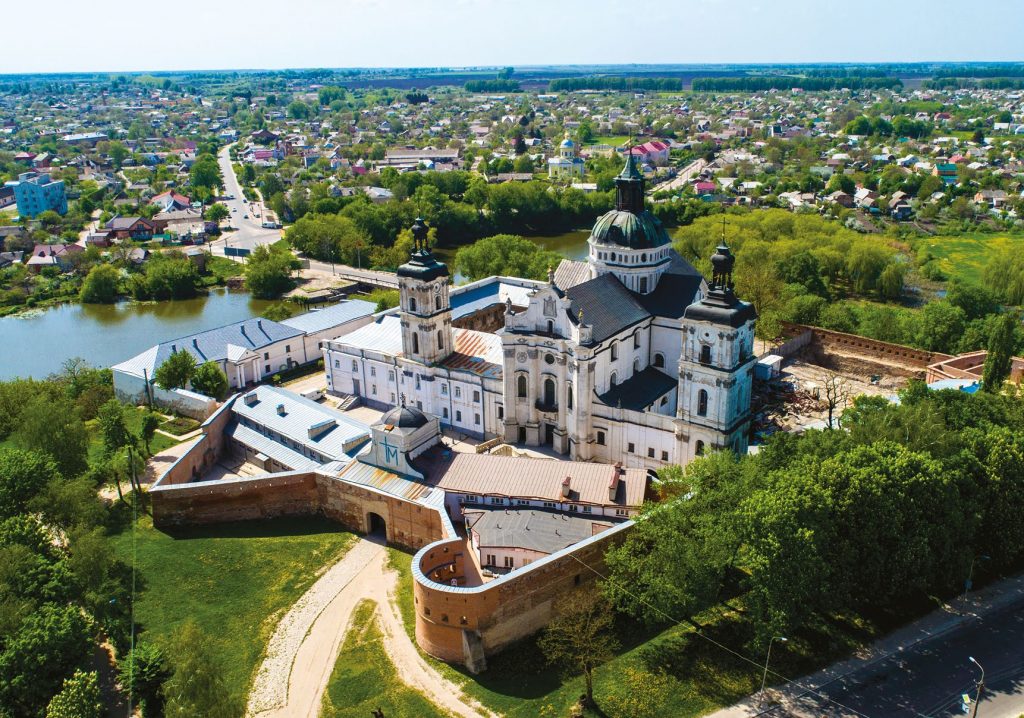 The Berdychiv Fortress has always had a garrison.

For the church’s consecration, Tyszkiewicz presented a family treasure to the monastery, the miraculous icon of the Blessed Virgin Mary. And now the third copy of this icon, consecrated by Pope John Paul II is kept in the monastery (the first one was stolen, the second one destroyed in a fire).
The Monastery of the Discalced Carmelites quickly became a center of Catholicism. A large printing house was established here and a huge library was amassed. A spiritual educational institution was active at the monastery, which trained Catholic priests.
In the middle of the 19th century, when this territory came under the control of Orthodox Russia, all Catholic monasteries were closed. The monastery of the Order of the Discalced Carmelites resumed its work only in 1991.
Currently, it is a functioning monastery under the auspices of the Roman Catholic Church and the main Catholic shrine in Ukraine.
You can get to the fortress from Zhytomyr (40 km / 24 mi) or from Kyiv along the Zhytomyr highway (180 km / 112 mi) (Berdychiv, Cathedral Square, 25).
The city has a large selection of hotels, hostels and restaurants, including not far from the sights.