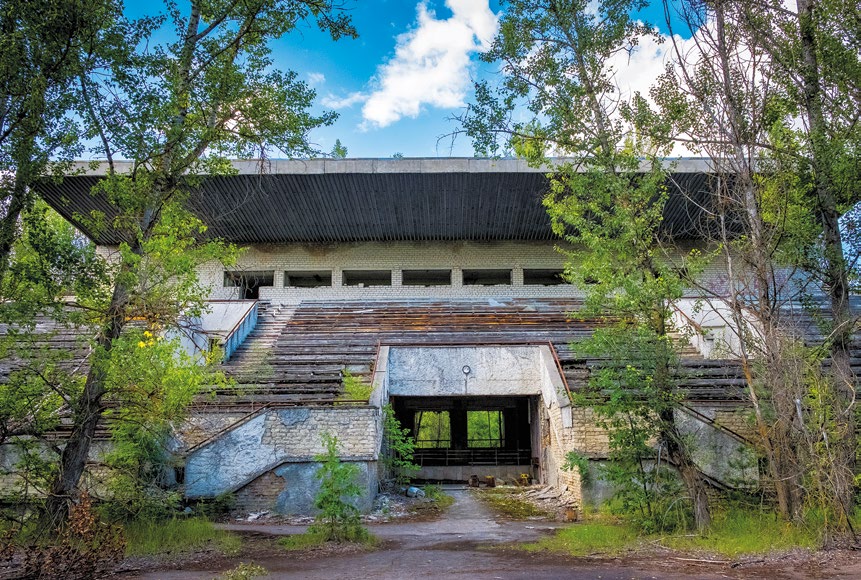 Avanhard Stadium is an abandoned football stadium in Pripyat.

Avanhard Stadium was conceived as one of the cultural and sports centers for the young city, and it was designed for the future. It is equipped with stands for 5,000 spectators; the middle rows of the stands were covered with a screen.
Construction was completed in spring 1986; on May 1, a ceremonial opening and the first competition on the new sports field were planned – Pripyat’s “Builder” and “Mashinostroitel” from Borodyanka were supposed to meet in the semifinal match of the Kyiv oblast Cup. Neither the ceremony nor the match ever took place. 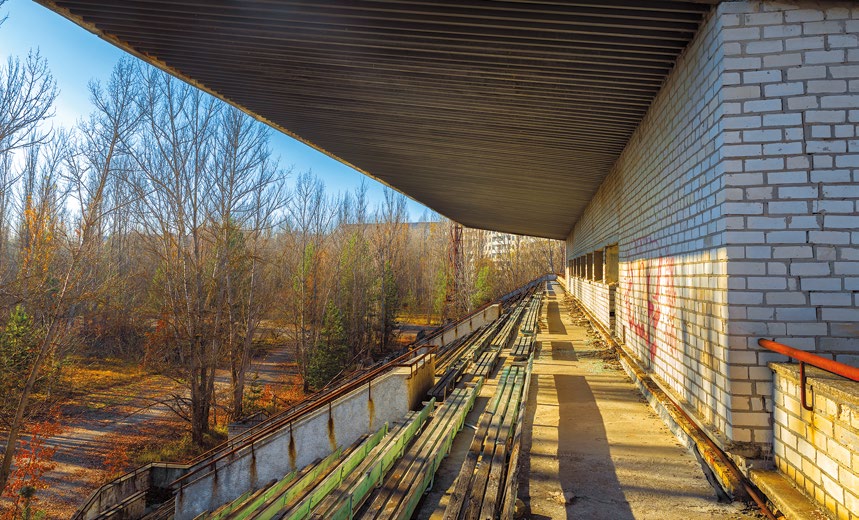 In the intense period of liquidation, the stadium was used as a landing site for helicopters. Later, a meteorological station and equipment for controlling radioactive air pollution were placed on the football pitch, as well as special tablets that assessed how radioactive the substances were that had been ejected from the exploded the 4th power unit and deposited by the wind in the city. In fact, it was one of the first points of air contamination control in the Exclusion Zone.
Today, only the stands and the lighting tower remind us of the stadium. The football pitch and part of the race track have turned into a forest.